If you listen to film purists, the switch to digital cinema led to the death of the projectionist craft, VPF-enforced superhero multiplex programming and bad 3D. So what good has digital actually done for cinema? A new research paper by Anne-Britt Gran from the Oslo Business School called “Digitizing Cinemas – Comprehensive Intended and Unintended Consequences for Diversity” attempts to quantify the positive benefits in light of the digital cinema switch in Norway, with fascinating conclusions. A special hat tip to Ivar H. for bringing the study to our attention.

The study is particularly important as Norway was the first country to transition all of its cinemas from 35mm to digital projection between 2009 and 2012. By the time it was completed, only 70% of cinemas in the rest of Europe had been digitized. Norway also had a unique municipal cinema ownership model. This meant there was a major presence of movie theatres in small towns and villages, which often received film prints weeks or months after they first played in Oslo and Trondheim. So much so that 10% of Norwegian cinema screens represent 90 percent of the turnover in analogue times. Norway has thus been digital longer than any cinema market, even as it moved to an ownership model where big cinema players (Odeon and Nordisk) came to dominate.

The aim of the Norwegian government and industry body Film & Kino’s support in digitizing cinemas was primarily to preserve smaller and rural cinemas, not to enhance diversity in terms of programming. Yet the number of “niche” titles shown increased by 133% and even up to 800% in some rural cinemas in the period examined. The numbers are eye-popping:

Attendance figures in rural cinemas increased 18% during this time, even as overall figures for national attendance declined 5%. Between 2008 and 2017 the number of non-Norwegian and non-Hollywood titles increased by 66%, reflecting a strong growth for European and global cinema. While there has been a concentration of blockbusters, it is clear that digitization has had a significant beneficial consequence for the overall Norwegian cinema market and smaller, rural cinemas in particular.

We will dig deeper and publish more from this study in the future, but as cinemas struggle to rise again after the COVID pandemic, it is worth acknowledging how digital has made things better for cinemas – unless you really, really miss scratches and flicker. 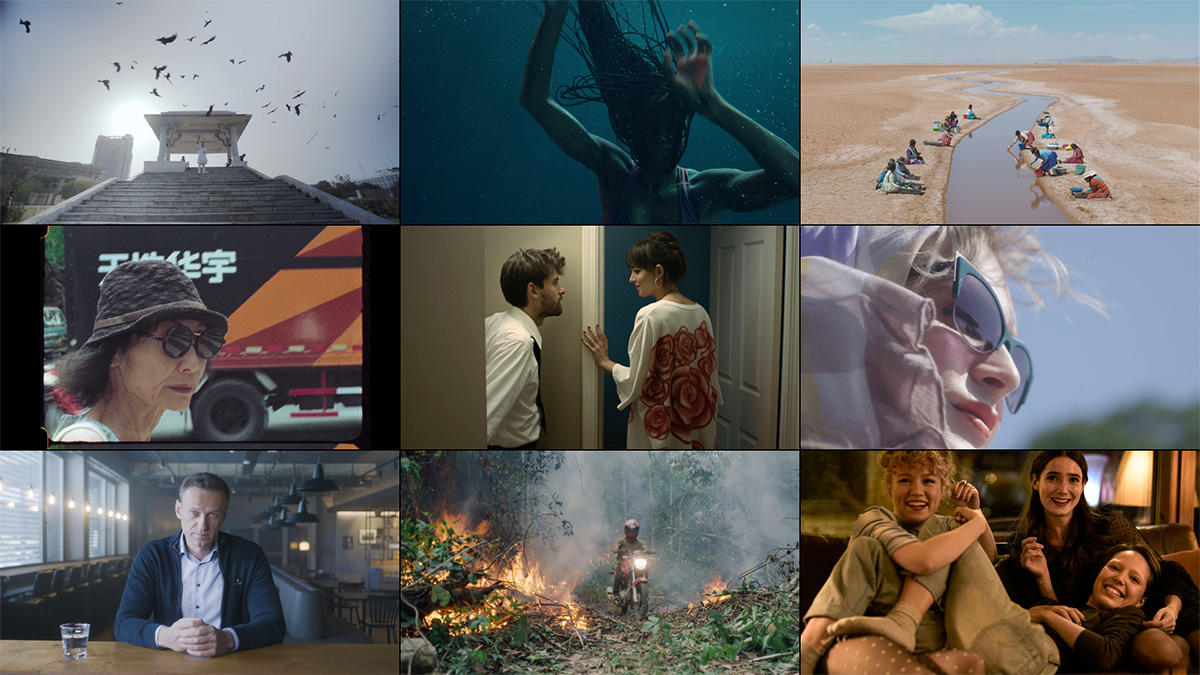 The 2022 Sundance Film Festival, which was held online this year due to COVID, came to a close last week with the naming of 26 jury awarded and six audience awarded prizes.

“Navalny,” a riveting documentary about the poisoning of Russian opposition leader Alexei Navalny, also picked up the Festival Favorite Award. There have been reports that the Russian government, has called on media outlets in the country to remove all coverage of the film.

Long a launching pad for indie darlings from “Reservoir Dogs” to “Whiplash,” the trend for at least three years now has been that streaming services such as Netflix, AppleTV and Hulu scoop up many of the films that would otherwise be headed for a theatrical release. The horror satire “Fresh” was headed to Hulu even before the festival started and Amazon Studios was responsible for “Emergency,” Sundance’s opening night film. We’ll be providing further details and analysis of acquisitions coming out of Sundance in a piece being published on Celluloid Junkie in the coming days.

China’s Spring Festival got off to a strong start, with “The Battle at Lake Changjin II” taking CNY 1.271 billion (USD $200 million) on Thursday, the third day of its release. Total box office for the first two day for all films exceeded CNY 2.49 billion (USD $391.4 million), leading to speculation that the total box office for the festival could reach one billion Us dollars for the first time ever. This is despite restrictions, such as a 75% cap on seating as part of COVID-prevention measures.

While “The Battle at Lake Changjin II” has dominated, five of the eight new films released took in more than CNY 100 million (USD $15.7 million) on opening day, while two exceeded twice that. The militaristic-patriotic war film looks set to exceed the USD $913 million of the first film, which became the biggest Chinese film of all time and the second biggest film globally of 2021 after “Spider-man: no Way Home”.

In early sessions on Tuesday, motorbike odyssey “Only Fools Rush In” directed by Han Han lay in second place and accounted for some 16% of the market, compared with the 43% for “Lake Changjin II.” “Too Cool to Kill,” the only out and out comedy releasing this season, lay in third place with 14%. “Nice View,” from “Dying to Survive” director Wen Wuye, also starring former pop star Jackson Yee lay in fourth place.

There are also thee animation titles entering wide release. Hollywood films are not embargoed during this, the busiest cinema season in the Chinese calendar. With Chinese cinema operators having introduced dynamic ticket pricing and third-party ticket platforms having abandoned ticket subsidies, individual cinema tickets have been selling for as much as CNY 179 (USD $28.14), with national average ticket price is as high as CNY 58.7 (USD $9.23), an increase of 45.6% compared with the annual average ticket price of CNY 40.3 (USD $6.34) in 2021. For a more critical look at the Spring Festival box office and the over-reliance of cinemas on it, this analysis by Sohu is very detailed, as well as this dissection of ticket price rises.

Data has never been more important to cinema operators. Many large cinema chains trumpet how they are using analysis of data collected from their patrons to achieve better results. Smaller cinemas have been left behind since collecting and making sense of this data is expensive and nontrivial. On the other hand, Google Trends is a free data analysis service of which cinemas can easily take advantage. Small cinemas can only show a limited number of titles, thus selecting the right films is of critical importance to achieve profitable results.

The following is an excerpt from a piece James Gardiner wrote for Celluloid Junkie on the subject:

Pre-Christmas 2021 I used Google Trends to select the titles to play. And the predicted result: 1 – “Spider-Man: No Way Home”, 2 – “Sing 2”, 3 – “Ghostbusters Afterlife”. And predicted Fails: “West Side Story” and “Matrix Resurrection”. I booked films based on these indications. A major win for my small cinemas.

Below I will walk readers through my approach and example of utilising Google Trends so any cinema owner can utilise these tools.

Google is an advertising company that uses data analysis to achieve better results for those who advertise with them. As part of this function, they track every search a user makes on “Google Search”, “YouTube” and many other affiliated platforms. With this data Google can then create comparisons in popularity for specific terms. This is the basis of how the tool works. But in a cinema owners case, we need to utilise it to better represent popularity in upcoming film releases. (read the full article on Celluloid Junkie)

South Korea’s CJ CGV has become the first cinema chain to open a cinema in the Metaverse. The Zepeto CGV World opened on 28 January and virtual visitors will find an entire multiplex, including a lobby with a box office, a concession stand, a photo zone, and a theatre auditorium with different seats. In the instructional video, virtual patrons are shown how they pick a movie in the lobby, print out a virtual movie ticket, buy popcorn and drinks from a kiosk.

Inside the auditorium patrons can watch trailers on a 1.43:1 ratio screen, modelled on the CGV Yongsan Park Mall IMAX. There are also screenings of user-generated content (UGC), which won first and second prizes in the recently held “Make Your Own Movie” contest. There are no showings of full-length feature films. Patrons can also chose between different types of seats, including ‘Sweet Cinema’ modelled after a hotel suite, ‘Tempur Cinema’, a bed cinema, ‘Cine & Foret’ with the theme of nature in the city, and 4DX, the motion seat with movement, water spray, air and fragrances.

Commenting on the opening, CGV said, “We have opened a virtual cinema to establish a new contact point with customers and provide a differentiated theater experience.” CGV has pushed the boundaries on many cinema innovations, from the 4DX and ScreenX immersive formats, to experimenting with enhanced service offerings and food and beverage items. Korean rival conglomerate Lotte announced in January that it is expanding its retail offerings in the Metaverse, including plans for cinemas and concert halls. Virtual cinemas already have an established tradition, with the trailer for “Star Wars: the Rise of Skywalker” premiering in Fortnite in 2019.

Cineworld has requested a delay to payments it owes to former Regal shareholders, as the debt-laden cinema operator seeks to shore up it finances. Regal is facing a fine of close to a billion US dollars from the abandoned merger with Canada’s Cineplex.

As part of Cineworld’s acquisition of Regal it had to promise to pay USD $170 million to ‘disgruntled’ Regal shore owners, who were unhappy with the purchase price of the 2017 deal. Cineworld is said to have obtained a waiver for any default arising from non-payment of dues to the “disgruntled” creditors, which includes holders of Cineworld’s guaranteed convertible bond that come due 2025. Cineworld is hoping to come to terms with the bond holders during this period.

Cineworld has appealed a ruling by a Canadian court last December that it has to pay Cineplex CAD $1.23 billion (USD $969.80 million) for abandoning plans to acquire the Canadian cinema major. Cineworld is said to be exploring various options for raising finances, including listing its Regal arm in the United States. Cineworld has benefitted from the return of cinema goers with strong titles such as “No Time to Die” and “Spider-man: No Way Home,” but it remains mired in debt due to the prolonged COVID pandemic. 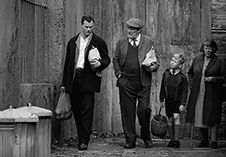 Journey back through time in Dolby Vision

Learn how Dolby Vision brought a poignant and highly personal story to life in this interview with Haris Zambarloukos, director of photography for “Belfast.”