There is no other way to view this past week than as a mixed bag for the cinema industry. It began with the news that the first-ever National Cinema Day was a success in the United Kingdom, North America and Ireland. Admissions and box office were up significantly in each territory accounting for a total of 9.5 million tickets sold across all territories.

Yet before the high could wear off from that accomplishment came the news that Cineworld had officially filed for Chapter 11 bankruptcy protection in the US. Rather than provide our thoughts in the Marquee about what it will mean for the sector to have the world’s second largest movie theatre operator in financial distress, we’ll be providing details and analysis on the CJ website in the days to come.

Instead, with the Venice and Telluride film festivals having just wrapped, and with the Toronoto International Film Festival now underway, we thought it might be a better use of this space to highlight the many industry-related events that are happening between now and the end of the year. We do this at our own peril since there are so many events in various parts of the world that we are bound to overlook one.

In fact, rather than provide an entire run down of the multitude of fall film festivals which will be featuring awards contenders making their way into movie theatres, let’s just stick with the endless list of trade shows, conventions and conferences on the calendar. To be sure, if you can attend most of these, your frequent flier status will skyrocket.

First up is the National Association of Theatre Owners (NATO) Fall Summit which takes place in Beverly Hills, California between 19-22 of September. Those in Europe have a choice over the same time frame; they can either head to Deauville, France for the 77th annual Le Congrès put on by the Fédération Nationale des Cinémas Français (FNCF) or to Leipzig, Germany for the 22nd Filmkunstmesse held by the AG Kino Gilde Deutscher Filmkunsttheater. Overlapping all of these events is Expocine in São Paulo, Brazil starting on 20 September and ending on the 23rd.

There is no rest for the weary because the following week everyone is headed to Lake Geneva, Wisconsin for the Geneva Convention, being held the 27-29 September. Thankfully the Film Expo Group allowed a few weeks respite before we’re all headed out to Miami, Florida for ShowEast from 17-20 October. After a week in Miami, keep heading east to, well, the Middle East where the fifth edition of the META Cinema Forum will take place in the United Arab Emirates on 25 and 26 October. Stay on for the new META Film Festival taking place from 27-29 October.

The META Cinema Forum then heads to Accra, Ghana on 21 and 22 of November for its first conference in Africa. Finally, CineAsia will be taking place for the first time in four years on 5-8 December in Bangkok, Thailand. If that seems like too many events in such a short period of time, keep in mind that two years ago we were all attending these conferences from our couches thanks to the COVID pandemic. Thankfully, we seem to have moved past that period. Still, travel safe and stay healthy. Otherwise you won’t be able to attend the ICTA Los Angeles Seminar Series in January!

Of course, you won’t need to travel anywhere to attend the CJ Cinema Summit next week on 15 September with our guests from Warner Bros. Pictures and Gower Street Analytics. 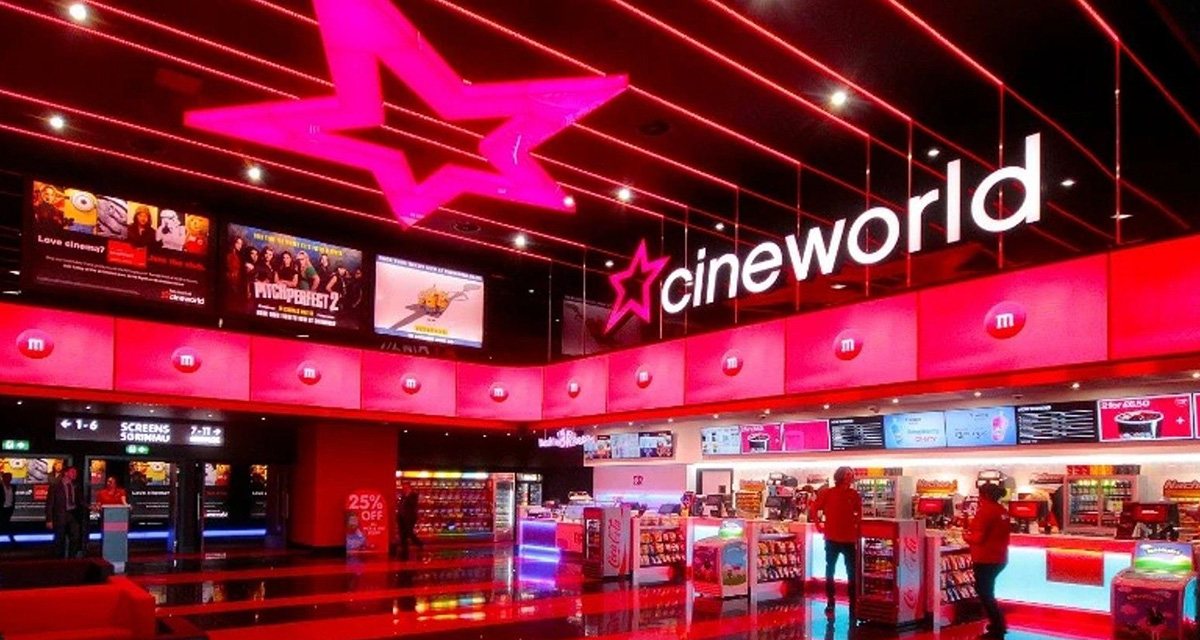 As had been forecast over the last three weeks, Cineworld Group officially filed for Chapter 11 bankruptcy protection on Wednesday, 7 September in the United States. The world’s second largest exhibitor plans to continue operating its 9,139 screens across 10 countries as they attempt to “implement a de-leveraging transaction” which will reduce its debt and restructure its finances. This transaction will undoubtedly dilute current equity holders as well.

We’ve already learned a lot about Cineworld through the filing itself and the company’s first day motions in court. Apparently the movie theatre chain had USD $5.16 billion in debt as of June, not counting rent liabilities. Though Cineworld had secured USD $1.94 billion in additional loans from existing lenders to operate during Chapter 11, the judge handling the case sent lawyers back to the drawing board when he found out that most of the money would be used to pay down debt rather than for day-to-day business operations. According to Cineworld’s own lawyers, the exhibitor had only USD $4 million in cash to operate at the time of filing.

Look for Cineworld to renegotiate a majority of its leases in the United States, where it operates Regal. The company signaled it will likely abandon some sites as well as part of any reorganization plan. Cineworld hopes to be out of bankruptcy by the end of the first quarter 2023. We’ll be publishing analysis and more details on Celluloid Junkie as they become available.

Following a dramatic decrease in the number of Hollywood tentpole films that are approved for release in China, Hollywood has begun growing cold on what was the world’s largest cinema market during the pandemic. Two Hollywood studios have now entirely stopped expecting any money to be made from film releases in China, instead treating any money earned from a potential release as a bonus. The news comes at a difficult time for Hollywood studios in terms of international releases, with a block on new releases in Russia and films with LGBTQ themes and characters often shunned in Gulf States and some South East Asian markets.

Studios such as Comcast’s Universal Pictures and Warner Bros. Discovery have stopped accounting for any box-office revenue out of China when approving certain movies for production, according to people familiar with the matter. Instead, executives say, they wait to see if a movie will be accepted for release and treat the ticket sales as found money.

The news about China comes despite the fact that Warner Bros. this year released “The Batman” and “Fantastic Beasts: The Secrets of Dumbledore” in China, while Universal released both “Jurassic World: Dominion” and “Minions: the Rise of Gru,” the latter albeit with a modified ending to enforce the message that crime does not pay. Prior to the pandemic China was the world’s second largest cinema market in terms of box office and the largest in terms of cinema screens. With cinemas shut for longer in the United States in 2020 and 2021, China overtook North America in box office terms as well, making it the world’s largest cinema territory by all metrics. This year China has struggled with intermittent lockdowns in major cities such as Shanghai that has impacted cinema earnings and releases in the first half of 2022.

The retreat of Hollywood expectations from China comes after Disney saw most of its recent Marvel films not granted a release in China, including “Shang-Chi and the Legend of the Ten Rings”, “Doctor Strange in the Multiverse of Madness” and Sony Picture’s “Spider-Man: No Way Home.” Marvel films have also often failed to gain release dates in Saudi Arabia, Gulf states, Malaysia and Indonesia due to LGBTQ+ issues in its films, which is also what happened to Disney/Pixar’s “Lightyear.” Three of the world’s biggest cinema markets: China, Russia and Saudi Arabia (alongside neighbouring Gulf states) are thus no longer a certainty when calculating potential international grosses for Hollywood. North America (aka Domestic) looks set to once again become the biggest cinema market in the world. The “loss” of the above territories means that Europe is growing in importance, though it cannot make up for losses in other markets. Particularly as attendance continues to trail pre-pandemic numbers by around 25% or more.

Kinofest To Promote Moviegoing in Germany

The first-ever promotion will take place on 10 and 11 September when tickets will be reduced to EUR €5 at 674 cinemas with 3,176 screens throughout Germany. The cinema trade group HDF Kino which represents 595 industry companies throughout Germany is heading up the effort. Christine Berg, the Managing Director of the organization, hopes Kinofest can be as successful as the recent programs in the UK and US. “National Cinema Day took place in the USA for the first time on September 3rd and led to the year’s highest attendance so far,” he said. “We hope that this will also be the case in Germany and keep our fingers crossed for all cinema operators “

The German market could use a lift since according the German Federal Film Board (FFA) box office has fallen to EUR €305.7 million and admissions only reached 33.2 million during the first six months of 2022. That’s down 33% and 38% respectively when compared against 2019 figures.

Antenna Group, an international media and entertainment organization with assets and investments in 40 territories, has agreed with Eurobank to acquire the market leading multiplex cinema chain Village Roadshow Operations in Greece for an undisclosed price.

This is Antenna Group’s first acquisition in the cinema sector. Village Roadshow Operations no longer has any affiliation with the Australian company, Village Roadshow, which sold its greek operations in 2009. Currently Village Cinema Operations has a 42% market share in the territory, where it operates 62 screens and shows both Hollywood blockbusters and international films. 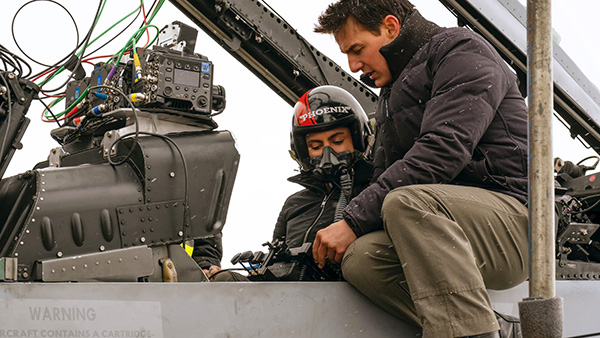