Though we have highlighted our share of territories, like Italy, that are having trouble bouncing back from the COVID pandemic, this last week brought some good news about countries whose box office is rebounding more successfully along with predictions for when these markets might return and surpass pre-pandemic levels.

We heard from Kamal Gianchandani, the CEO of PVR Pictures and President of the Multiplex Association of India (MAI) on our most recent CJ Cinema Summit how that country’s cinema industry is meeting or exceeding 2019 box office levels thanks to hits such as “Gangubai Kathiawadi” which made INR ?209.77 crore (USD $26 million) and S.S. Rajamouli’s blockbuster “RRR,” which has earned over INR ?1,150 crore (US$140 million) globally to date and is currently being re-released in North American theatres. Hollywood titles which have done well in other parts of the world have also helped the Indian market recover. In addition, Gianchandani mentioned that spend-per-patron has also gone up since cinemas reopened throughout India.

The story seems to be the same in South Korea too, where theatre operators were crippled by onerous restrictions on seating capacity and a prohibition on concession sales. Now the Korean Film Council (KOFIC) is reporting that during the first six months of this year, the country’s box office earned 50% of what it made in 2019. That might not seem so great, given that the market hasn’t entirely recovered, but it’s up over 143% over the same period in 2021.

According to a report from PwC, the outlook for cinema operators in Australia is also positive. In fact, the firm believes 2023 will see the country return to pre-pandemic levels of AUD $1.22 billion (USD $840 million).

Of course, it helps to have titles like “Top Gun: Maverick,” “Thor: Love and Thunder” and “Minions: The Rise of Gru” bringing audiences into theatres for multiple viewings. Thankfully, with these releases maintaining decent weekly grosses, studios are allowing them to play out in cinemas before moving them to streaming services, where they will prove to be just as popular. I actually hear one exhibitor lament having to move “Minions” off their biggest screen to make way for “DC League of Super-Pets” fearing family audiences may be split on which film to see. It wasn’t so long ago that cinema owners were begging for even a single family film. Oh how the tide has shifted.

Now, as we near the end of July the industry is surely grateful that “Where the Crawdads Sing” is doing a decent job of bringing in older, female audiences. And Jordan Peele’s “Nope” is living up to expectations both critically and financially. Unfortunately, some exhibitors may have to start making some tough decisions about which of all these strong performers they might have to take off screens in order to make way for the highly anticipated Sony action film “Bullet Train.”

As difficult as those choices may be, it beats having to figure out how to survive for another month without any new releases to speak of, which is where we were just one year ago. 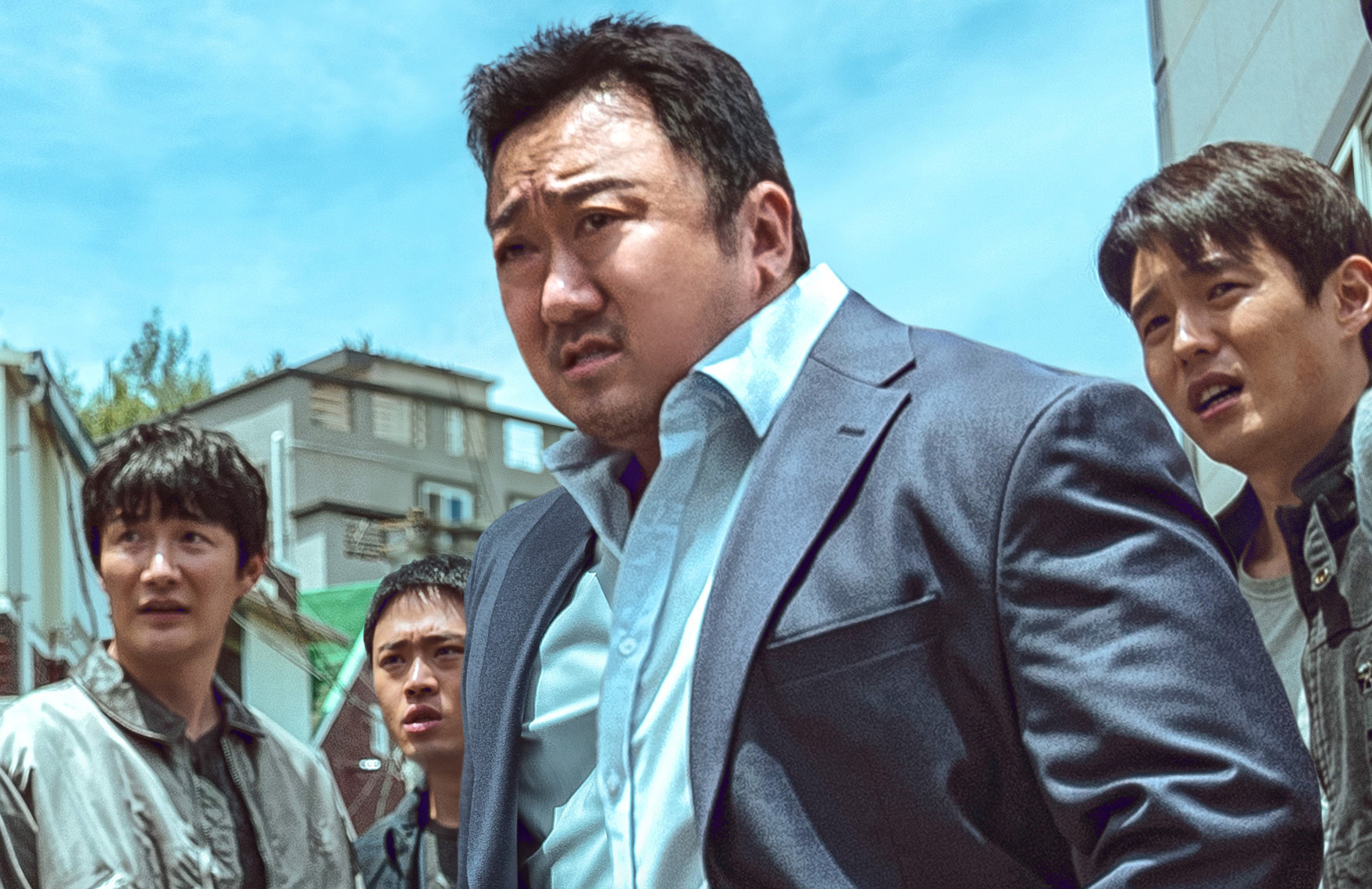 South Korean Box Office Rebounds In First Half of 2022

The Korean Film Council (KOFIC) reports that South Koreas theatrical box office for the first six months of 2022 reached USD $345.7 million, which is 48.7% of the total made during the same period in 2019. Put another way, South Korea’s box office almost reached 50% of its pre-pandemic levels during the first half of this year.

Naturally, the 2022 numbers on ticket sales and admissions tower over those from 2021, up by 143% and 124.4% respectively. Admissions rose to 44.94 million over the last six months. The lifting of COVID social distancing restrictions on 18 April helped increase moviegoing in both May and June. The restrictions on food and beverage consumption within cinemas was also done away with at that time.

The biggest film during the first half of the year was “The Roundup” starring Ma Dong-seok, a sequel to the hit 2017 movie “The Outlaw.” The Korean film made USD $96.13 million attracting 12.22 million admissions. To put those figures in perspective, “Doctor Strange In The Multiverse Of Madness” was the second highest grossing film during the period, taking in USD $47.8 million.

After the COVID pandemic shuttered movie theatres in 2020 throughout Australia (not to mention around the world), the country’s box office plummeted by 67.3% over 2019 numbers. The market’s recovery began in 2021, growing 50% to AUD $605 million (USD $419.3 million). PwC’s annual Media and Entertainment Outlook report has now predicted the Australian cinema industry will return to pre-pandemic levels in 2023, reaching AUD $1.22 billion (USD $840 million).

PwC found “this optimism in the industry is shared by all major markets, with forecasted 2021- 2026 compound annual growth rates for Australia, the US, and UK all exceeding 6%.” The professional services and research firm Australian box office is recovering due to “the progressive rollout of new releases, and the innate ability of cinema to tap into consumers’ sense of nostalgia.”

The Australian exhibitors surveyed by PwC for their report report that “up to 90 percent of frequent moviegoers have been back, albeit on a less frequent basis.” When moviegoers return to cinemas, theatre operators have noticed and increase in food and beverage spend per head above pre-pandemic levels. Like the cinema market in other international territories, Australia seems to be struggling to bring back lower frequency patrons and older audiences. Similarly, PwC sees the same trend toward “premiumisation” of movie theatres in Australia that they have recorded in other countries, with audiences “wanting both the content and experience quality to be worth their while.”

A Changing of the Guard at SAWA

After 20 years of heading up SAWA, the Global Cinema Advertising Association, its Chief Executive Officer Cheryl Wannell will be retiring on 19 August 2022 to “pursue personal interests with her family.” And while such statements are usually issued by executives being forced out of their positions, that is certainly not the case for Wannell.

Just ask Weischer Cinema CEO and SAWA President, Florian Weischer who said, in part, “Appointing Cheryl as CEO was one of the best decisions SAWA ever made. She led the trade body through sizable changes in the industry such as the complete digitization of the cinema medium and — over the past two and a half years — through a global pandemic that halted the industry. Cheryl’s contribution to SAWA’s success is enormous.”

A few of Wannell’s many accomplishments at SAWA include setting the ethical and technical international standards and best practices for the industrymestablishing a partnership with Nielsen to measure global Cinema industry trends and raising the profile of the cinema medium to the creative community through annual sponsorships and seminars at the Cannes Lions International Festival of Creativity.

Wannell had originally planned to retire in 2020, though the COVID pandemic got in the way. Cinema industry veteran and founding member of the SAWA Digital Committee, Julian Pinn will step into the role of CEO at SAWA.

AMC strengthened its balance sheet during the second quarter which ended on 30 June by repurchasing approximately USD $72.5 million of its 10.0% Second Lien Subordinated Secured Notes which are due in 2026. They were able to get a steep discount on the debt of 31% by repurchasing the notes through the open market, for approximately USD $50.0 million. As a result of the debt reduction, the largest exhibitor in the world will reduce its annual interest cost by USD $7.25 million.

AMC currently has a whopping debt load of USD $5.5 billion (due in part to the pandemic) which is why the company was able to repurchase the debt at such a discount. When the cost of buying debt is lower than the face value of the note itself it is often because the market believes there is a high risk the company will default. Such is the case with AMC, though they once again used market forces to their benefit, as it did after becoming a meme stock in 2021. 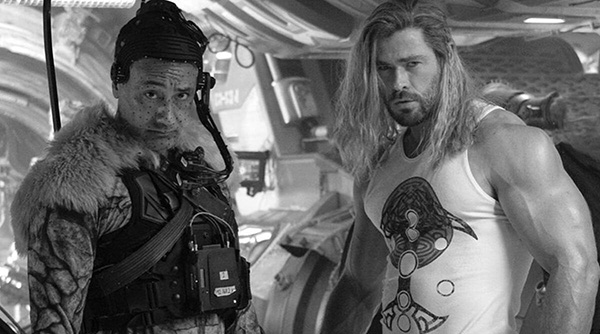 Taika Waititi opens a portal to another dimension in Thor: Love and Thunder