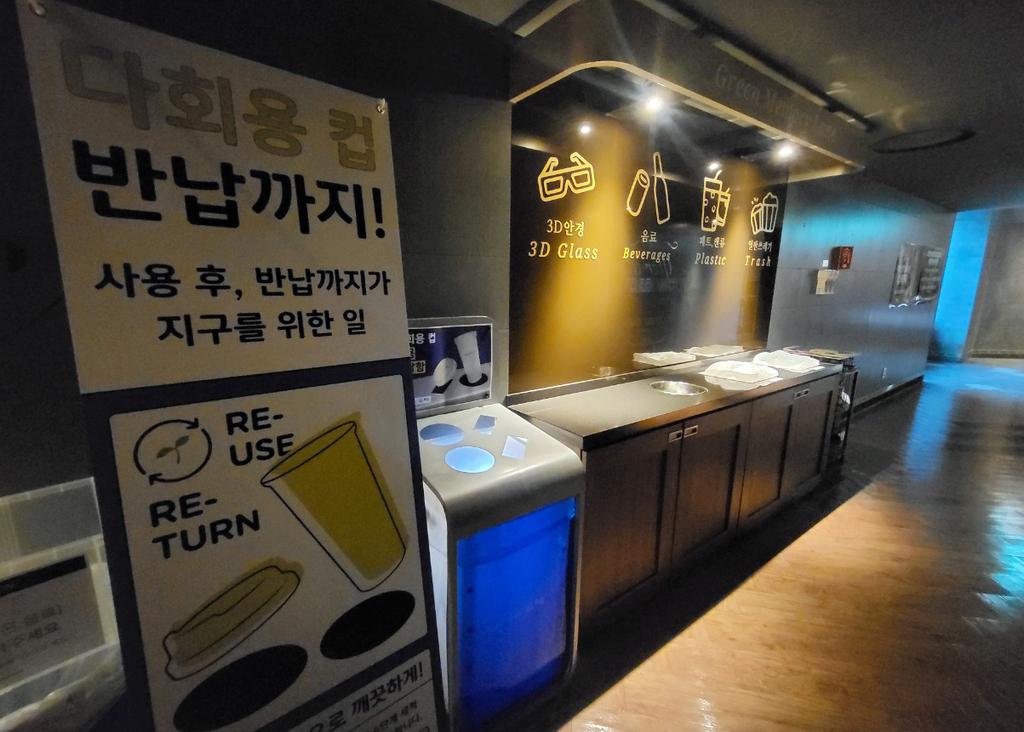 At the Lotte Cinema Lava multiplex in South Korea, the amount of garbage being generated over the last month has plummeted 20%. That’s because since multi-use cups were introduced in February, about 40% of patrons have chosen to use them when buying concessions.

The year-long pilot program aimed at reducing disposable cup use is being run at five cinemas run by the CGV and Lotte chains. There is already a restriction in certain parts of the country on using disposable products at restaurants and other food and beverage establishments. Cinema operators are trying to get ahead of the curve in case the Ministry of Environment extends the rule to movie theatres as well.

The reusable cups are collected at the end of each screening in bins near the exit and in theatre lobbies. The polypropylene (PP) cups are collected, washed and sterilized and return for reuse. Each cup can be used 100 times. The only problem theatre employees have found so far is when moviegoers leave their cups in the auditorium after a movie ends.