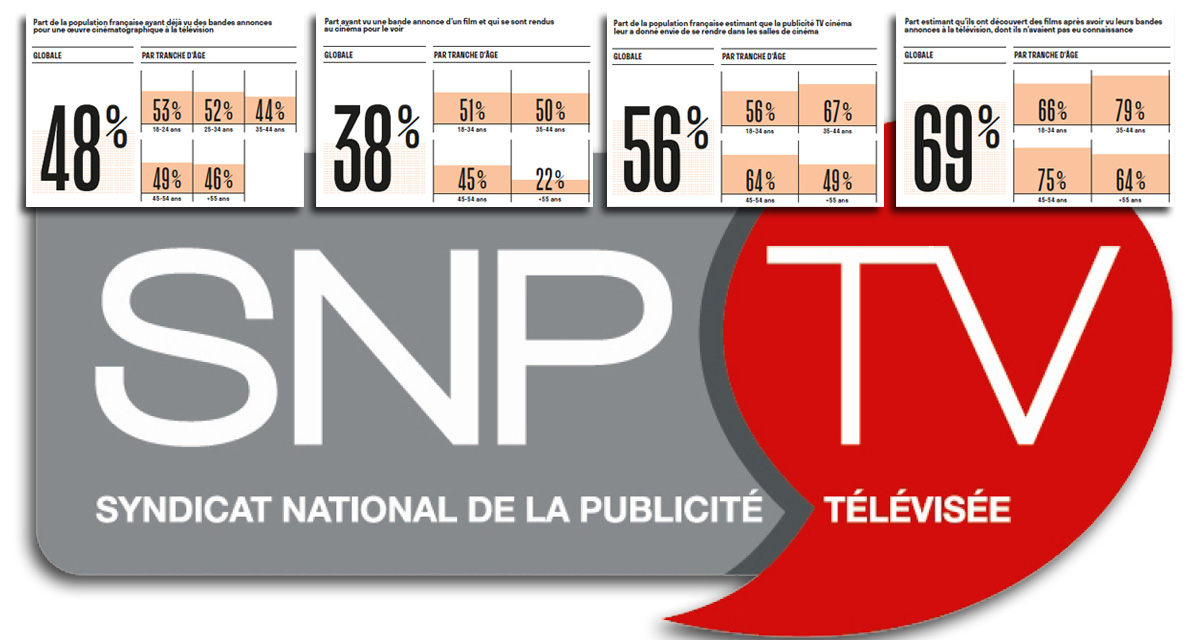 Advertising theatrical film releases on television is usually prohibited in France. The French government believes that allowing movies to air commercials and trailers on television will only benefit American studios at the expense of local and independent productions.

Now a new study conducted by the the country’s TV advertising union, Syndicat National de la Publicité Télévisée (SNPTV), has found that 56% of respondents said seeing a commercial for a movie on TV made them want to see the film in cinemas. The figure is higher for those aged 25-44 years old (67%) and 45-44 years old (64%). Perhaps more importantly, 38% of those surveyed actually went to the cinema to see a film after seeing it advertised on TV, a figure which rises to 51% when only including 18-34 year olds. Read the full story on Celluloid Junkie.