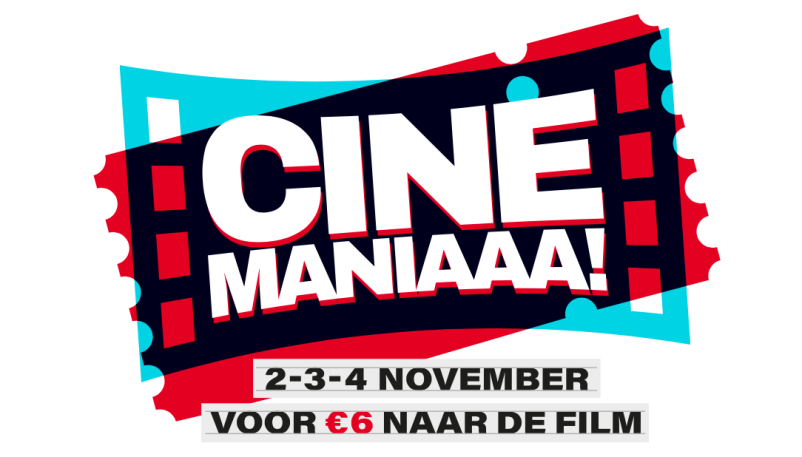 The latest European countries to announce promotional days for cinemas are The Netherlands and Poland. The Dutch Cinemaniaaa! will be held over three days from Wednesday until Friday 2-4 November. In Poland the Cinema Festival (Swieto Kina) is taking place on Sunday 30 October. In addition there is European Cinema Night 5-9 December. With previously mainly France and Spain have held regular annual cinema festivals, it seems that most of Europe is now embracing the concept.

Cinemaniaaa! will see cinema tickets priced at EUR €6 for three days for all regular screenings, with many Dutch cinema chains also including their premium formats (IMAX, Dolby Cinema, 4DX, etc.). The promotion is supported with a marketing campaign developed by Stichting Nationale Bioscoopbon, with input from the Dutch cinema trade body NVBF. It includes both social media and three radio commercials.

“The action is a necessity,” said NVBF director Gulian Nolthenius. “Research has shown that some of the visitors from before COVID-19 have not yet found their way back to the cinema or movie theater. With the Cinemaniaaa! promotion we bring attention to a visit to a cinema or movie theater again at a friendly price. It’s a campaign that was in high demand from the industry.”

Poland’s Cinema Festival will see one day of tickets priced at PLZ 10 (USD $2.11). The country’s three big cinema chains, Multikino, Cinema City, Helios, are all participating, as are smaller chains and arthouse cinemas. It will be an occasion to see several major local releases. Like much of the rest of Europe, Poland has seen a slump in attendance since the pandemic and the hope is that the Cinema Festival will reignite the appetite.

Finally ‘European Cinema Night – Sharing stories we love’ will offer five days of free film screenings 6-10 December. The initiative by Creative Europe MEDIA – the EU programme supporting the European audiovisual sector – is the fourth year and “aims at bringing Europe closer to its citizens while celebrating together the richness of the European film culture.” It will have 80 participating venues within the Europa Cinema network across Europe, up from 34 in 2018, 54 in 2019 and 67 in 2020, with no event held last year due to the pandemic.