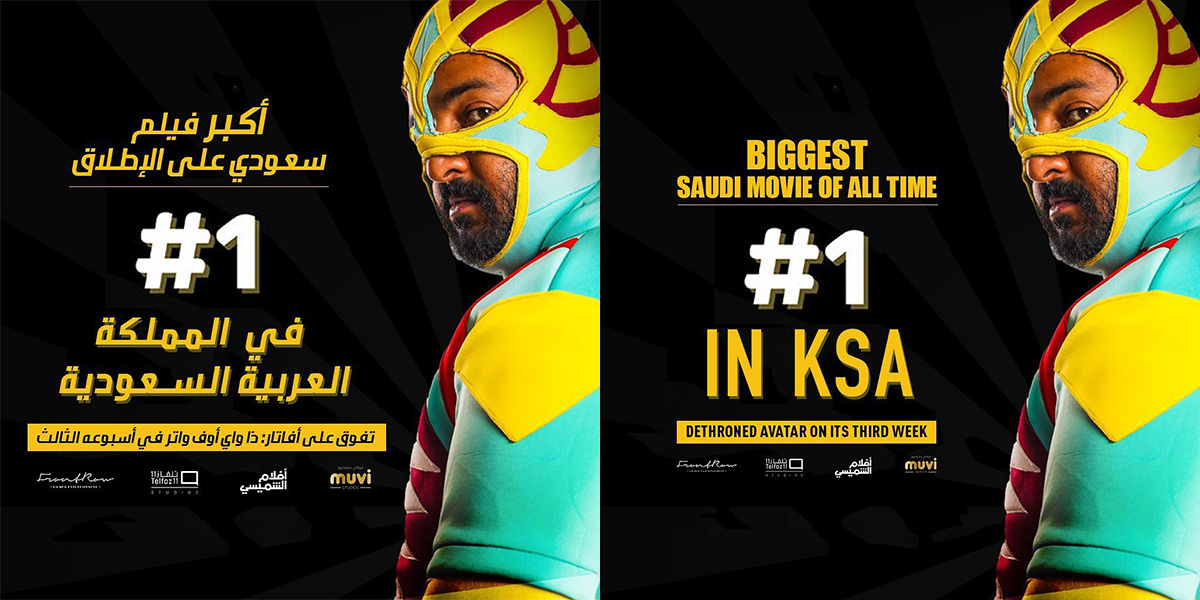 One of the big hits at the Red Sea International Film Festival in Jeddah, Saudi Arabia back in December was a local film titled “Sattar.” In its first 12 days in release, the comedy action film, set in the world of freestyle wrestling, has broken box office records for a home grown production, grossing USD $2.2 million on 159,000 admissions. That makes it the highest grossing local film since 2017, when the country lifted its 35-year ban on movie theatres.

Opening 29 December, “Sattar” managed to bump “Avatar: The Way of Water” out of the top spot in the territory during its first weekend in theatres, attracting 40% of admissions and 32% of gross. The disparity is probably due to the higher 3D ticket prices for the “Avatar” sequel. The previous record holder, “Born A King,” was released theatrically in 2020 and garnered 151,000 admissions.

It has been estimated the Saudi market will eventually bring in USD $1 billion in box office per year. To get there the country will need more local titles such as “Sattar.” Billed as a family comedy, the movie stars the Saudi comedian Ibrah Al Hajjaj. It was produced by AlShimaisi Films, the production arm of Saudi’s Tefaz11, as well as Muvi Studios, the film production division of Muvi Cinemas, one of Saudi’s leading exhibitors. Front Row Filmed Entertainment is distributing “Sattar.”