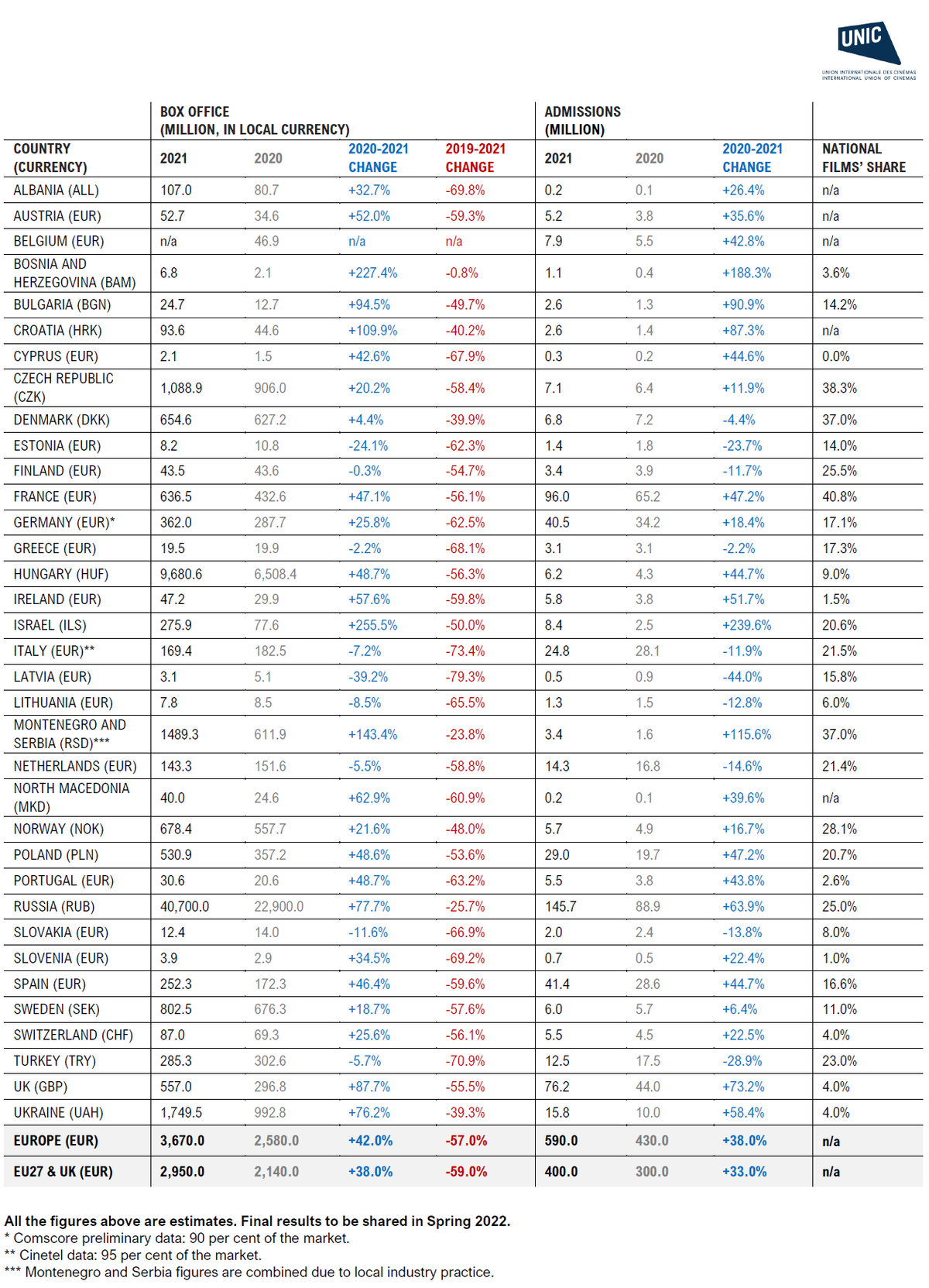 The International Union of Cinemas (UNIC), the body representing European cinema trade associations and operators, released preliminary 2021 box office and admissions estimates for the territories covered by the organisation.

While the figures are based on initial estimates, the overview provided by UNIC represents the first wide-ranging assessment of the performance of the European cinema sector in 2021. More detailed final data on the performance of each individual UNIC territory will be released later in the Spring 2022.

European cinema admissions increased by an estimated 38% in 2021, with over 590 million visits across the region. Box office reached an estimated EUR €3.7 billion, an increase of 42% on the previous year. UNIC believes these positive results amply illustrate the industry’s resilience and the eagerness of European audiences to return to the big screen.

In the European Union – including the UK – over 400 million tickets were sold in cinemas, worth an estimated EUR €2.9 billion at the box office, all this when most screens across the region were shut for the first half of the year and operating for the following six months under limited occupancy and additional restrictions. The full press release is on CJ Wire.