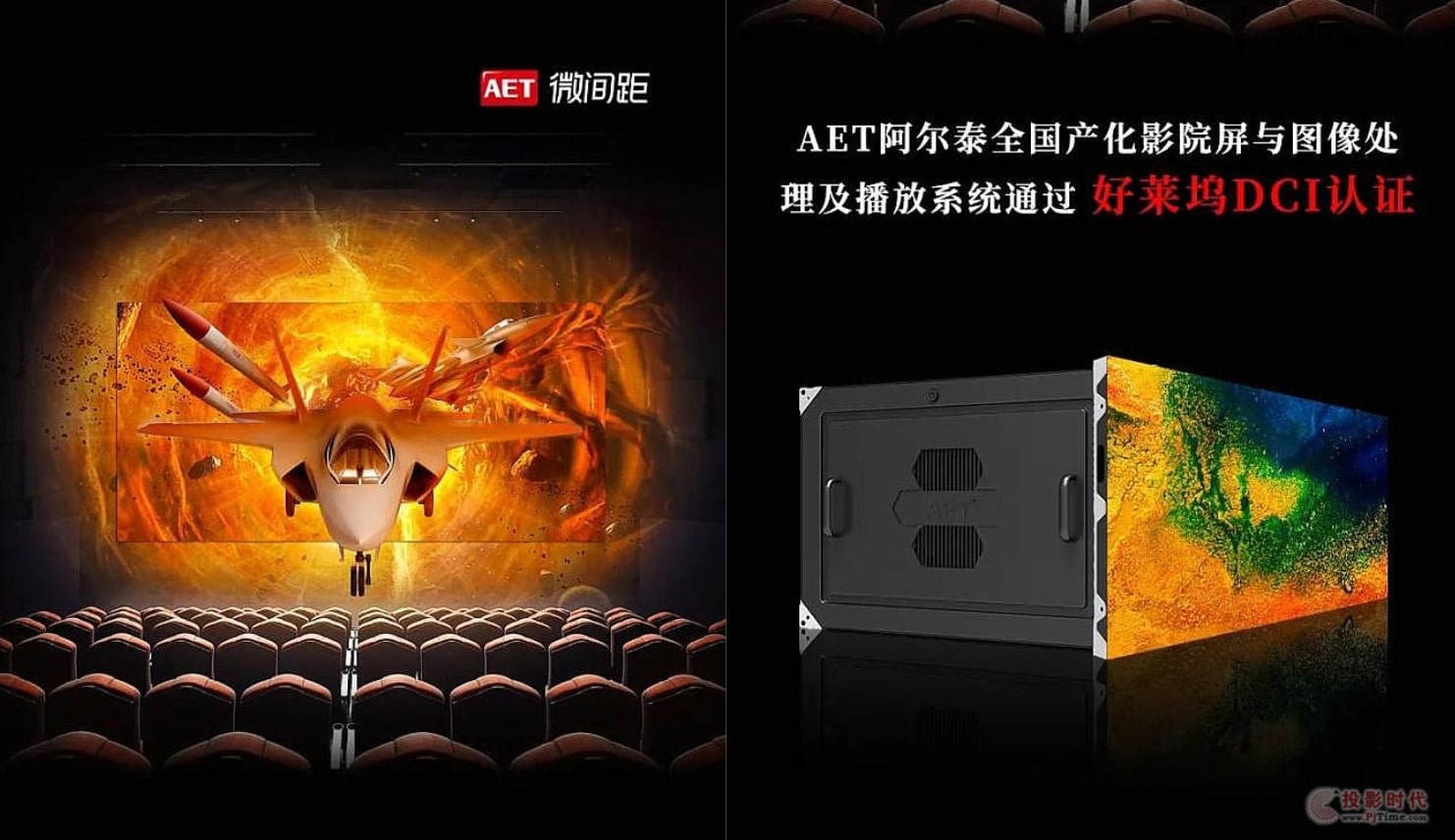 Chinese company AET Altai has become the latest manufacturer to get DCI certification for its Cinema LED screen technology. AET Altai thus joins the likes of Samsung, Sony and LG Electronics in having a non-projector cinema display solution that is certified to show first-run Hollywood films. Previously Shenzhen Timewaying Technology Co. Ltd. got DCI certification for its LA2K-10 model direct view display (the technical term for Cinema LED) on 18 June 2021, with Unilumin earlier approved for its equipment on 30 April 2021 (though confusingly listed as “Digital Projector with Media Block: UC-A41” on the DCI website.). So there now appears to be two three Chinese Cinema LED companies with DCI approval, in addition to the two South Korea (Samsung and LG) and one Japanese (Sony).

The AET Altai certification is important as China has a goal to become less reliant on foreign films and technology for its cinema sector, which is now the world’s largest, both in terms of number of screens and box office. China currently has 80,000 cinema screens and plans to grow by more than 10% each year, with more than 100,000 cinema screens expected by 2025. Much is made of the need for less reliance on foreign film and technology:

There has previously been mention of at least 2% of all new cinema screens within China being Cinema LED systems, with one percent of previous screens converted to the new technology by 2025. This will make China the global leader by far in direct view displays for cinemas, with domestic manufacturers stealing a march on the likes of Samsung, LG and Sony.

UPDATE: This article was modified on 8 February 2022 to include a mention on Unilumin’s Cinema LED screen.