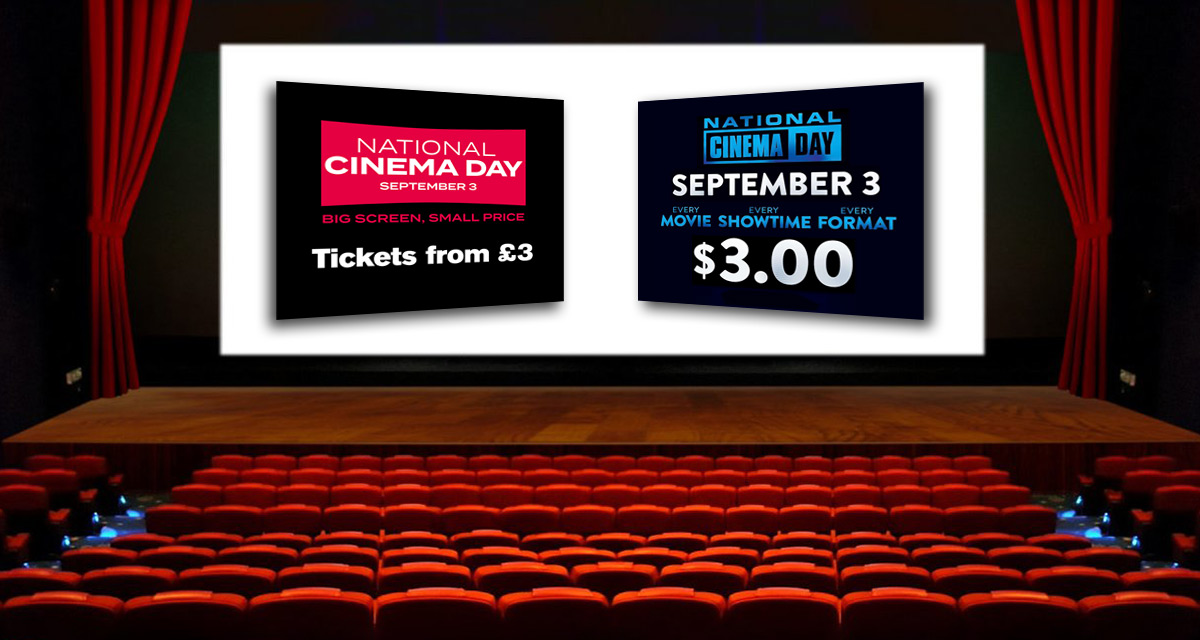 Cinemas on both sides of the Atlantic Ocean are making a concerted effort to attract moviegoers back to cinemas with a one-day promotional National Cinema Day on Saturday 3 September, when cinema tickets will be discounted to just USD $3 in the United States and GBP £3 in the United Kingdom. Movie theatres in Ireland and Canada will be joining in on the special day with tickets costing EUR €4 and CAD $3 respectively.

The program is being spearheaded by The Cinema Foundation in the United States and Cinema First in the United Kingdom, both of whom should win some kind of award for being able to keep news of the plan under wraps until a week before the promotion. According to Rolando Rodriguez, the CEO and President of Marcus Theatres, and Chairman of the National Association of Theatre Owners (NATO), providing only a week’s notice was purposeful. “If it just became a story that’s over several weeks, then we’re not really leaving it in the consumer’s mind that it’s this Saturday,” he explained. “If we would have started this three weeks ago, it goes out of their mind. The fact that we can really garner that attention through the course of this week, and we’re seeing the excitement build with the consumers, we’re seeing it in the advanced ticket sales already.”

It is not the first time such a promotion has taken place, with “cinema days” like events happening in the UK throughout the 1990s. In continental Europe there has been a long tradition of multi-day cinema festivals such as Le Printemps du Cinéma (Springtime for Cinema) in France, when all tickets are EUR €4, as well as in Spain (Fiesta del Cine), Italy (Cinemadays) and Switzerland.