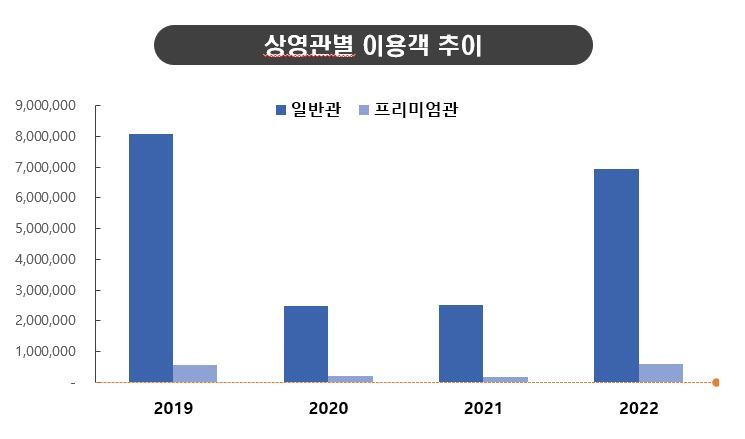 Korean cinema recovered to 94% in the first six months of this year compared to January 2019, the last full pre-pandemic month. The study was undertaken by Shinhan Card Big Data Research Institute based on the usage of loyalty members of Lotte, one of Korea’s three big cinema operators. Korea is one of the few markets in the world that kept cinemas open in the early months of the pandemic, though subsequent closures and restrictions on F&B consumption has impacted attendance significantly.

Despite predictions that streaming would negatively impact cinema going after the pandemic, the study found the opposite: cinema attendance was higher amongst those that used streaming services (38%), compared to those that didn’t (19%). The overall use of premium formats such as VIP auditoriums, family auditoriums, and private screens increased by 8.5% compared to the first half of 2019. Concessions consumption increased  317.2% compared to the first half of 2021 due to the lifting on restriction of F&B consumption in cinemas.