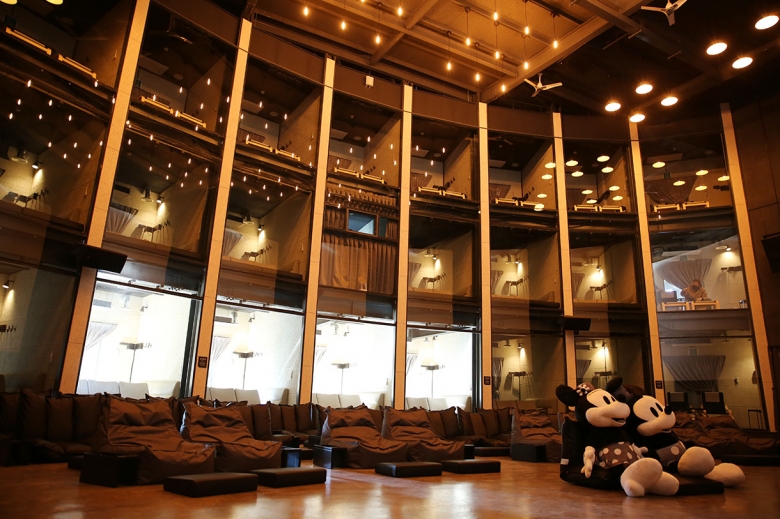 The world’s first cinema where audiences are divided into multi-group rooms has opened in Korea. The Film Factory is located in Deokgye-dong, Yangsan-si, Gyeongnam and formally opened on 25 February after a two-week pilot. Optimised for social distancing, the cinema consists of 26-rooms facing the screen over several levels, with a total of 78 seats, ranging from double rooms to three to four bed rooms. The balcony on the third floor is made to resemble that of an opera theatre.

Each one of the rooms is separated from the main auditorium by glass, which means that customers can control lighting, volume, and room temperature from a soundproof booth-type seat. There are sofas for sitting or lying down, with side tables for food and drink, with ‘room service’ delivering everything from popcorn and snacks to savoury food and drinks. During the pilot adjustments were made such as sofa recline and the need for coat hangers.

Our children, who have to live in the post-corona era, have already become accustomed to watching movies on the screen of a one-span smartphone. I wanted to convey the emotion of the ‘big screen’ to children again, so I made a movie theater with social distance.

The cinema design is reminiscent of the kind of level-pod design proposed by Oma Cinema, though the first cinema based on this design has yet to open in Paris.