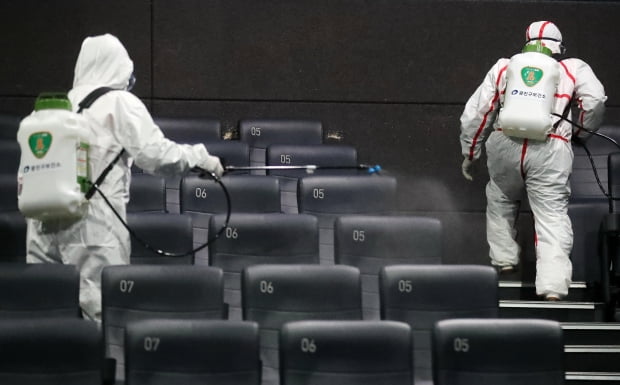 The consumption of concessions and drinks in cinema auditoriums in South Korea is being allowed as part of an easing of COVID restriction measures. However, eating and drinking will not be permitted in Hong Kong’s movie theatres when they reopen. Even as countries across Asia try to get over the pandemic, the example of these two countries illustrate very different approaches and pace.

Korea lifted restrictions on audience numbers on Monday 18 April and will do away with restrictions on eating and drinking in cinemas on Monday 25 April. Similar restrictions were also abolished for all indoor cultural facilities, sport stadiums and places of worship. However, the requirement to wear face coverings before and after consumption remains in place. With many Korean films having postponed their release date, it is expected that many titles will now be brought forward and re-dated, with a hoped-for increase in ticket sales.

Meanwhile cinemas are set to reopen in Hong Kong after more than 100 days of closures. However, concessions will not be allowed by the three largest cinema chains: Multiplex Cinema (MCL), Broadway Circuit and Golden Harvest. In the future “film-goers and cinema staff must have had three vaccine doses in order for food and drinks to be served.” Other significant restrictions also remain in place: “The Multiplex and Golden Harvest chains also announced that all movie fans must wear masks and have temperatures checked upon arrival. Use of the QR check-in code is also mandatory along with vaccine pass requirements.”

China’s Special Administrative Region (SAR) has embraced the same “Zero COVID” approach as the rest of China, where around half of all cinema screens are shut at the moment, as the country grapples with the Omicron variant. Korea has meanwhile adopted the policy of ‘living with Covid’ and keeping only some restrictions. The Korean cinema industry has recently been hit hard by falling attendance and the news that restrictions will be eased have been broadly welcomed.