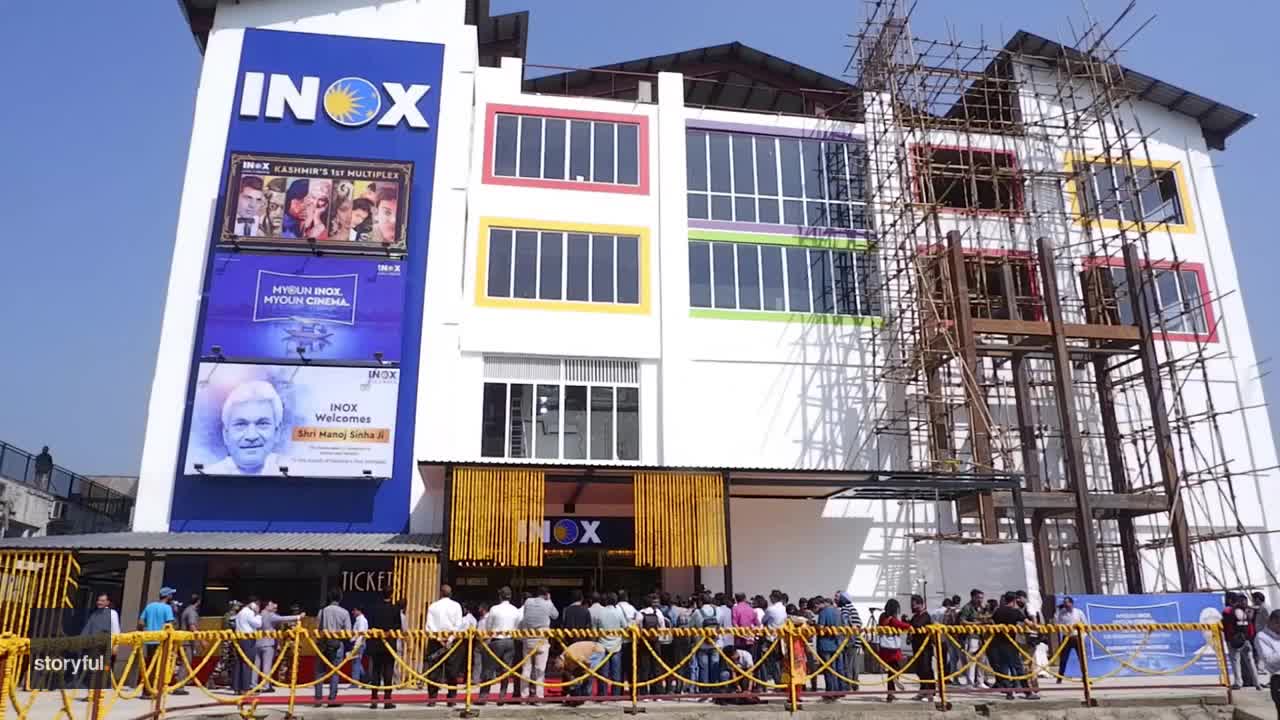 The India-controlled territory of Kashmir has a working cinema for the first time in over two decades, after movie houses were closed during the region’s violent insurgency. Indian multiplex operator INOX cut the ribbon at the multiplex on 20 September in Indian Kashmir’s largest city, Srinagar. The opening film was “Lal Singh Chaddha,” a Bollywood remake of “Forrest Gump,” staring cinema icons Aamir Khan and Kareena Kapoor. Kashmir was a popular filming location for Bollywood films before the unrest.

The cinema will open to the public on 30 September. The lieutenant governor of Jammu and Kashmir, Manoj Sinha, who was guest at the opening ceremony, called it a “historic” day. INOX tweeted that the opening represented the “beginning of a new era.” A driving force behind the re-opening of a cinema in Kashmir was businessman Vijay Dhar, who partnered with INOX to make the project possible. Speaking to India TV he said:

My dream is to see that the Valley regains its touch of paradise. I remember the day, when my theatre closed down in 1990.  Sunny Deol’s movie ‘Yateem’ was being screened. Terrorism made Kashmir a ‘yateem’ (orphan). Our aim is to bring back the shine to Kashmir Valley and repay the debt to our land of birth.

The multiplex project took five years to complete. The three-screen cinema with a total of 520 seats is located in the high security zone, Shivpora, near the Badami Bagh cantonment. There were just 15 cinemas across the Kashmir Valley, nine in Srinagar and six across the rest of the district.

In 1989 cinema operators were warned by militant outfit Allah Tigers to shut their screens or face consequences. As of 1 January 1990 all cinemas in Kashmir had closed. Three cinemas were reopened in 1999, but a terrorist attack saw one person killed and 12 injured in a hand grenade explosion at the Regal cinemas. All three cinemas promptly closed. Cinemas were converted to security camps, hotels and hospitals. There is a strong hope that cinema is here to stay in Kashmir this time.