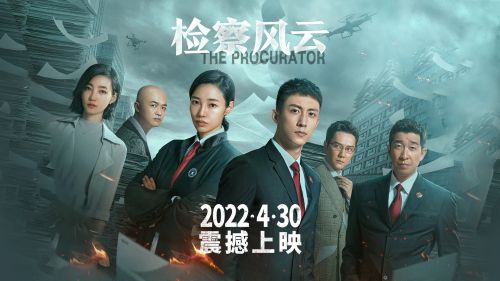 A raft of local Chinese film releases have been pulled from the significant 1 May release, with almost half of the country’s cinemas still closed due to COVID restrictions. A total of eight films have so far postponed their release in a blow to hopes of recovery for the world’s largest cinema market. The news comes as restrictions begin to ease somewhat in Shanghai, but at the same time cinemas close in parts of capital Beijing.

The 1 May holiday in China is one of the country’s key holidays for cinema releases, when local films are given prominence. But only just over half of the country’s cinema open – with many operating under restrictions – several film distributors appear to have taken fright. The films that have been withdrawn are: “Meet You”, the animated films “The Awakening of the Mini World” and “I Am Tyrannosaurus Rex”, with “Keep You Safe”, “Brother, Hello”, “Prosecutors”, “Hello, Beijing”, “Pig Man Movie: Ocean Diary” having previously announced plans to postpone their release.

The news comes after a disappointing Qingming Festival boxoffice. Average national cinema attendance rate for China in April was just 5%, with few films managing to achieve 10% or more. With the absence of major Chinese titles, it was Hollywood films such as “Fantastic Beasts: the Secrets of Dumbledore” that were released to fill the gaps. While the number of cinemas open has crept over 50%, analysts beleive that the number needs to be above 70% for the cinema business to be sustainable.

There are, however, still several Chinese titles that are going ahead with a release for the 1 May holiday, including  “I Really Hate Long-distance Relationships,” “Fight Out, Mom,” “As Long as You Live Better Than Me,” “Everest Captain,” “Bad League,” “Little Boy” and the seventh installment of “The Fantastic Adventure of a Mermaid and The Adventure of a Stupid Bird” will all be released on May 1st.

Meanwhile the first cinemas have closed in in the Dongshi District in the east of Beijing. The fear is that with COVID restrictions easing in Shanghai, the Chinese capital could see an outbreak that would place it under lockdown. Already China’s second largest cinema operator Dadi announced on 15 April that it would permanently close several of its cinemas. Equally worrying is that several local film productions have halted, meaning that there could be a shortage of domestic films next year.