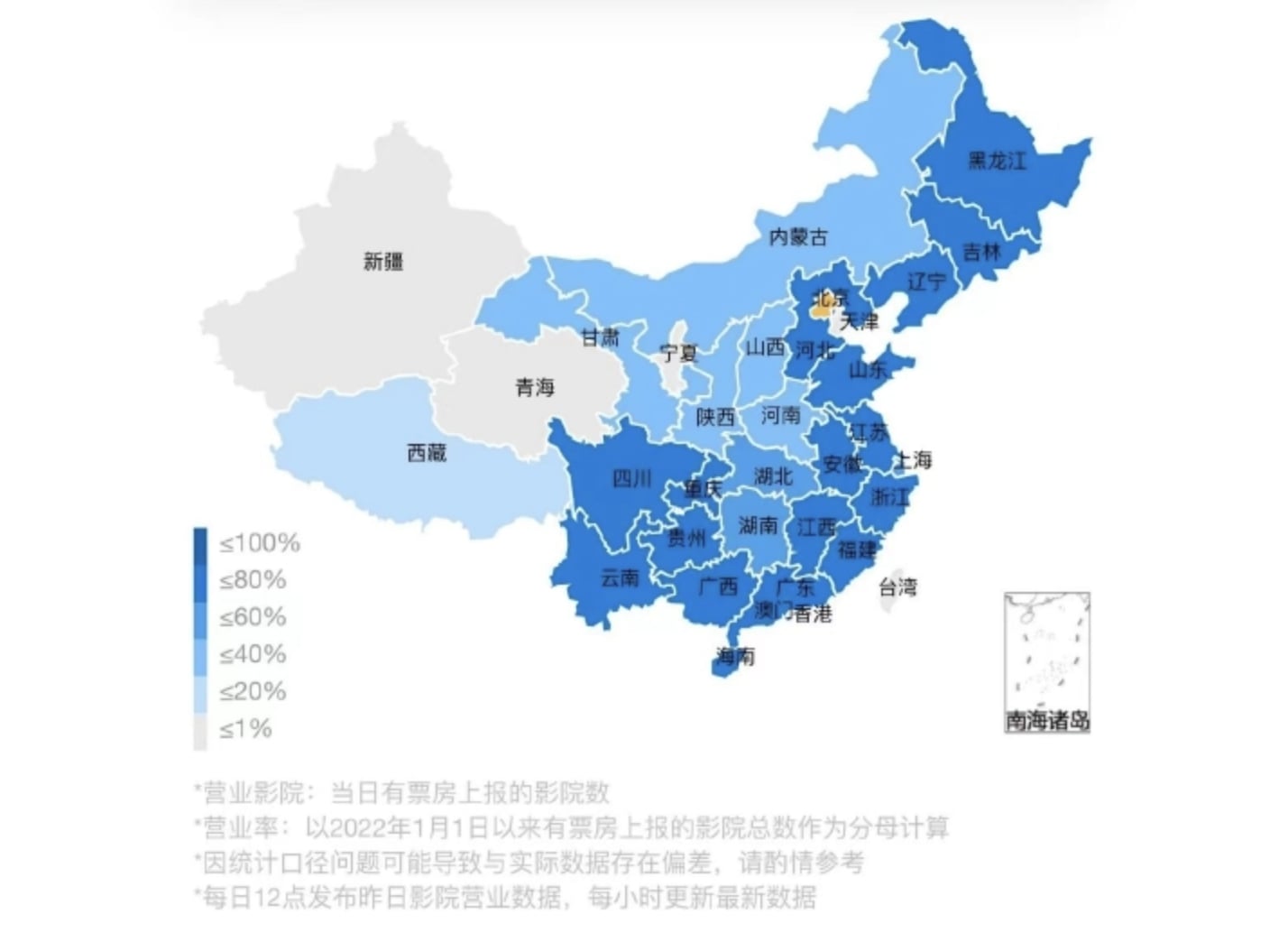 As a result of the closures and a lack of major tentpoles, whether local or Hollywood, box office in China fell to its lowest level since May of this year. In the week of 17-23 October the box office revenue for China was CNY 167 million (USD $23 million), representing a month-on-month decrease of 28.32% and setting a new low for a single-week box office since the end of May.