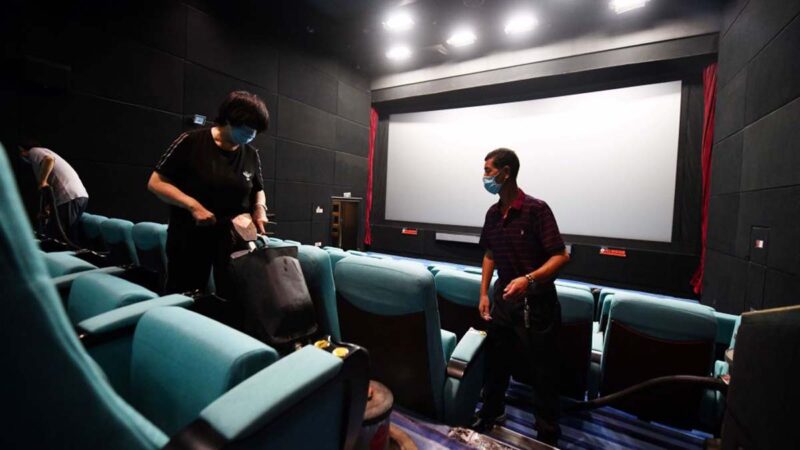 Chinese movie theatres are facing a persistent slump due to the extended lockdowns of major cities such as Shanghai and associated cinema closures to battle outbreaks of the COVID Omicron BA.2 variant. China’s boxoffice recorded its lowest takings this year with just USD $12.6 million in business. Several major local movies have shifted release dates and Hollywood titles are not attracting audiences in significant numbers where cinemas are still open.

China’s boxoffice to date is USD $2.2 billion, which is 24% lower than it was at this point last year. This means that China’s position as the number one global cinema market by revenue for the past two years is in question for 2022. Overall March boxoffice was just CNY 912 million (USD $143.4 million), the lowest it has been in a decade. Theatre operating rate is less than 50% across the whole of China. Cinemas that are still open are restricted to 75% occupancy. Despite the closures, market leader Wanda has announced bullish expansion plans, with plans for 50-100 new cinemas per year. Wanda currently has a 15% market share, up from 13.5% before the pandemic, rising to as much as 17% of box office for some film titles.

There were five major Hollywood movies released for the Qingming Festival, “but the box office performance of each film can only be described as dismal,” according to CNHubei, with boxoffice down 86% compared to the same time last year. Cinemas in Beijing report just 4% attendance rate and screenings with just two or three patrons, meaning the cinemas were losing money on every show. Only six film releases are planned before 1 May, which is the next date for major local film titles, many of which shifted their release dates forward.