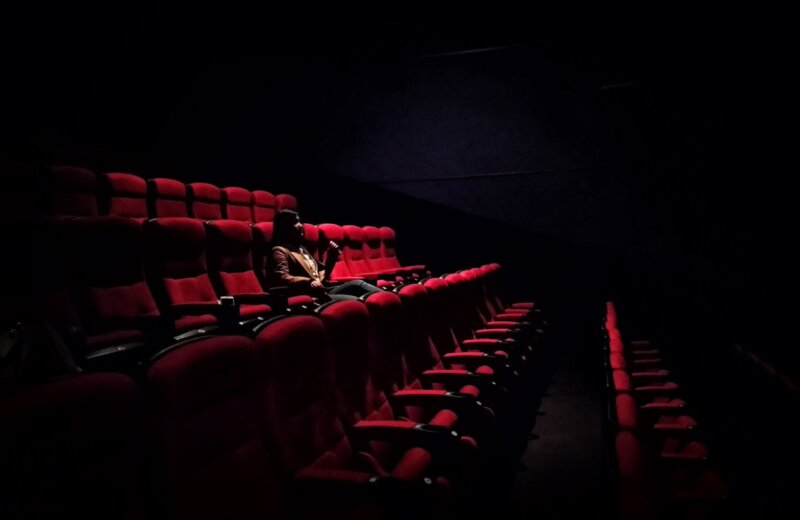 Even as Russia’s war against Ukraine continues, a semblance of normal life is gradually returning in un-occupied parts of the country, including cinemas. Out of around 50 cinemas in the capital Kyiv around 20 have reopened in recent weeks. Screenings are frequently interrupted by air-ride warnings, stopping the film and forcing people to find a shelter near the cinemas. If the air-ride siren goes no for more than 20 minutes the audience are told to come back the following day. Screenings also have to end by the 11pm (23:00) city-wide curfew.

One cinema that doesn’t need to evacuate due to incoming missiles is Kino24 in downtown Kyiv. This is because the arthouse cinema is the towns only underground cinema, located four meters (13 feet) below street level. The cinema, which launched in 2019, re-opened in July with its backlit board having added the words “cinema shelter.” The 42-seat cinema has been doing good business since its underground safety became a unique selling point. Kino24 has been showing a series of classic Ukrainian films in partnership with the Dovzhenko Centre, Ukraine’s biggest film archive, and expanded from one weekly screening to three, all which sell out.

June is a tough month for film distribution, but I can see that people are hungry for films. We’ve held three charity screenings and sent around $1,000 to the Ukrainian army. It gives us the confidence to know not only that we are entertaining people, but also that we are doing something important for the troops on the front.

Another nearby cinema to have opened is the 400-seat Zhovten picture house, which also screens Ukrainian classics. Because it is overground, it has to interrupt screenings when the air-raid sirens sound.

We wanted to support the country’s economy but also the psychological well-being of people. Psychologists say that this type of mental decompression, and the ability to escape to another reality, is extremely important.