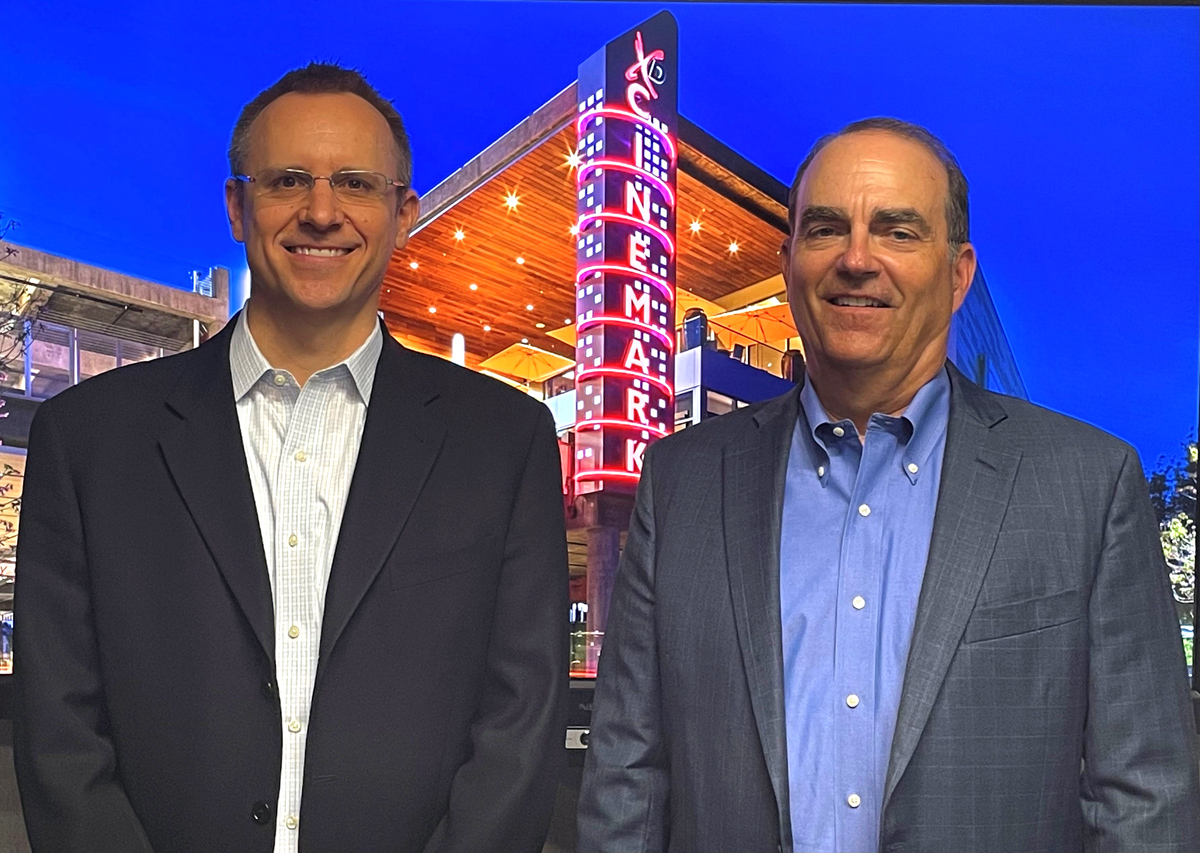 Mark Zoradi, CEO, to retire from Cinemark at the end of the year while continuing on the Board of Directors - Sean Gamble, CFO & COO, named as Zoradi’s successor as CEO - Promotions announced for Wanda Gierhart Fearing, Damian Wardle, Sid Srivastava

Plano, Texas (July 28, 2021) – Cinemark Holdings, Inc., one of the world’s largest and most influential movie theatre companies, today announced that Mark Zoradi, CEO and Board Director, will retire as Cinemark’s CEO at the end of 2021. Zoradi will remain a member of the Board of Directors until the 2024 annual meeting when his continuing term will be subject to board nomination and shareholder election. Sean Gamble, CFO & COO, has been named as Zoradi’s successor as CEO effective Jan. 1, 2022. Effective today, Gamble has been named President and he will serve as CEO & President following Zoradi’s retirement. Zoradi will work closely with Gamble and the executive leadership team over the course of the next five months to ensure a smooth transition.

Gamble is a long-term industry executive with a deep understanding of the broad media and entertainment environment having served as Executive Vice President and CFO of Universal Pictures prior to joining Cinemark. He also held multiple senior leadership roles within the General Electric Company prior to his CFO role at Universal. During his tenure at Cinemark, Gamble has been instrumental in leading the strategic vision of the company, enhancing and strengthening Cinemark’s financial discipline and capabilities, driving varied growth and margin expansion initiatives, introducing a culture of continuous improvement and streamlining numerous processes, all of which have been transformational for the company.

The search for Gamble’s successor as CFO is currently underway.

“Serving as Cinemark’s CEO during the past six years has truly been the highlight of my career,” stated Zoradi. “While I’ve been in the industry for more than four decades, the vast majority was spent on the studio side of the business. I’ve thoroughly enjoyed participating in all aspects of theatrical exhibition and will treasure the time spent and deep connections established with the Cinemark team, as well as the many other industry relationships formed around the world.”

Zoradi continued, “Sean has been a tremendous partner in overseeing Cinemark’s operational execution and strategic vision, as well as effectively navigating the prolonged effects of COVID-19. As the industry is now on the path to recovery from the pandemic, I felt it was time to begin transitioning the CEO role to Sean’s capable hands. I have full confidence in Sean’s leadership abilities, particularly with the strength and depth of the executive team, and I look forward to continuing our relationship in my Board Director capacity.”

Lee Roy Mitchell, Cinemark’s Founder and Executive Chairman stated, “We are grateful for Mark and the significant impact he has made on our company, and our industry, during his tenure as CEO. Mark reinvigorated a culture of innovation and evolution in our company, challenging the teams’ line of thought and rationale, all while staying steady at the helm when our industry needed him most. We are thrilled that Cinemark will continue to benefit from Mark’s background, business expertise and perspective as an ongoing member of our Board.”

Mitchell continued, “As an integral member of the executive leadership team with a consistent emphasis on innovation, growth and process improvement, Sean has proven to be the natural successor following Mark’s retirement. He will continue the momentum of the company as it recovers from COVID-19 and further solidify our industry-leading position. Sean has the full support of the Board and we are confident in a smooth transition over the coming months.”

“It is an honor to be named Cinemark’s next CEO and have an opportunity to lead such a world class team,” said Gamble. “In this role, I will aim to continue building upon Cinemark’s over 35-year history of growth, industry leadership and entertaining guests through an unparalleled cinematic experience. I look forward to continuing to work closely with our exceptional leadership team and Board of Directors as we drive a wide range of consumer-facing and productivity initiatives that will position Cinemark for ongoing success in the evolving media and entertainment landscape.”

Gamble continued, “It’s been an absolute pleasure working alongside Mark over the course of the past six years. I am grateful for his partnership and mentorship during that time, as well as his support in ensuring a seamless transition over the coming months.”

As part of the executive leadership transition, Cinemark also announced the promotion of three executives:

Wanda Gierhart Fearing has been promoted to Chief Marketing and Content Officer. Since joining Cinemark in 2018, Gierhart Fearing has significantly enhanced the strength of key marketing functions and spearheaded the company’s e-commerce and digital/social media transformation. Her extensive retail background has been invaluable in numerous company initiatives, including the re-launch of Cinemark’s branding, evolution of the customer experience and in-theatre journey, as well as modernizing and streamlining theatre designs. Gierhart Fearing has also been instrumental in building and enhancing the company’s studio marketing and exhibitor relations rapport through her strategic partnerships team. To benefit from the growing synergies between marketing and content distribution, the company is re-aligning its internal corporate structure. Justin McDaniel will continue to lead Cinemark’s outstanding film team and now report to Gierhart Fearing.

Damian Wardle has been promoted to EVP Theatre & Technology Operations. Wardle has been with Cinemark/Century for over thirty years and has significant experience in field operations, information technology and theatre technology. He is a highly respected industry leader who is widely recognized as the best in the theatre tech business. Under Wardle’s management, Cinemark has consistently delivered the highest level of projection and sound quality, developed a top-notch guest service center, and designed the strategy for laser projection deployment across the company’s global platform over the course of the next decade. Throughout the pandemic, Wardle was an evolutionary change agent through his tactical planning, forward thinking and operational excellence, which were vital in the successful staging, relaunch and ramp-up of Cinemark’s theatres. With this promotion, Wardle will now oversee theatre operations with the continued leadership of Steve Zuehlke and his industry-leading field operations team.

Sid Srivastava has been promoted to EVP Human Resources, Diversity, Equity & Inclusion and Corporate Social Responsibility. Prior to joining the company in 2016, Srivastava had an extensive background with Coca-Cola and the General Electric Company spanning nearly twenty years. During his tenure at Cinemark, Srivastava has implemented a new human resources management system, redesigned the company’s total rewards structure and led a range of strategic organizational development programs. This promotion is in recognition of his proven leadership, proficiency, and collaboration, as well as his ability to drive initiatives and deliver results. Furthermore, his role will expand to oversee the company’s ongoing Diversity, Equity & Inclusion and Corporate Social Responsibility initiatives.

In addition, the full management team is comprised of highly skilled and experienced leaders with significant industry tenure represented by the following department heads:

About Cinemark Holdings, Inc.
Headquartered in Plano, TX, Cinemark (NYSE: CNK) is one of the largest and most influential movie theatre companies in the world. Cinemark’s circuit, comprised of various brands that also include Century, Tinseltown and Rave, operates 523 theatres with 5,872 screens in 42 states domestically and 15 countries throughout South and Central America. Cinemark consistently provides an extraordinary guest experience from the initial ticket purchase to the closing credits, including Movie Club, the first U.S. exhibitor launched subscription program; the highest Luxury Lounger recliner seat penetration among the major players; XD – the No. 1 exhibitor-brand premium large format; and expansive food and beverage options to further enhance the moviegoing experience. For more information go to https://ir.cinemark.com/