A Christmas Carol, a Brand New Retelling of the Classic Family Tale is Coming to Cinemas and Theatres Nationwide, From November 20th 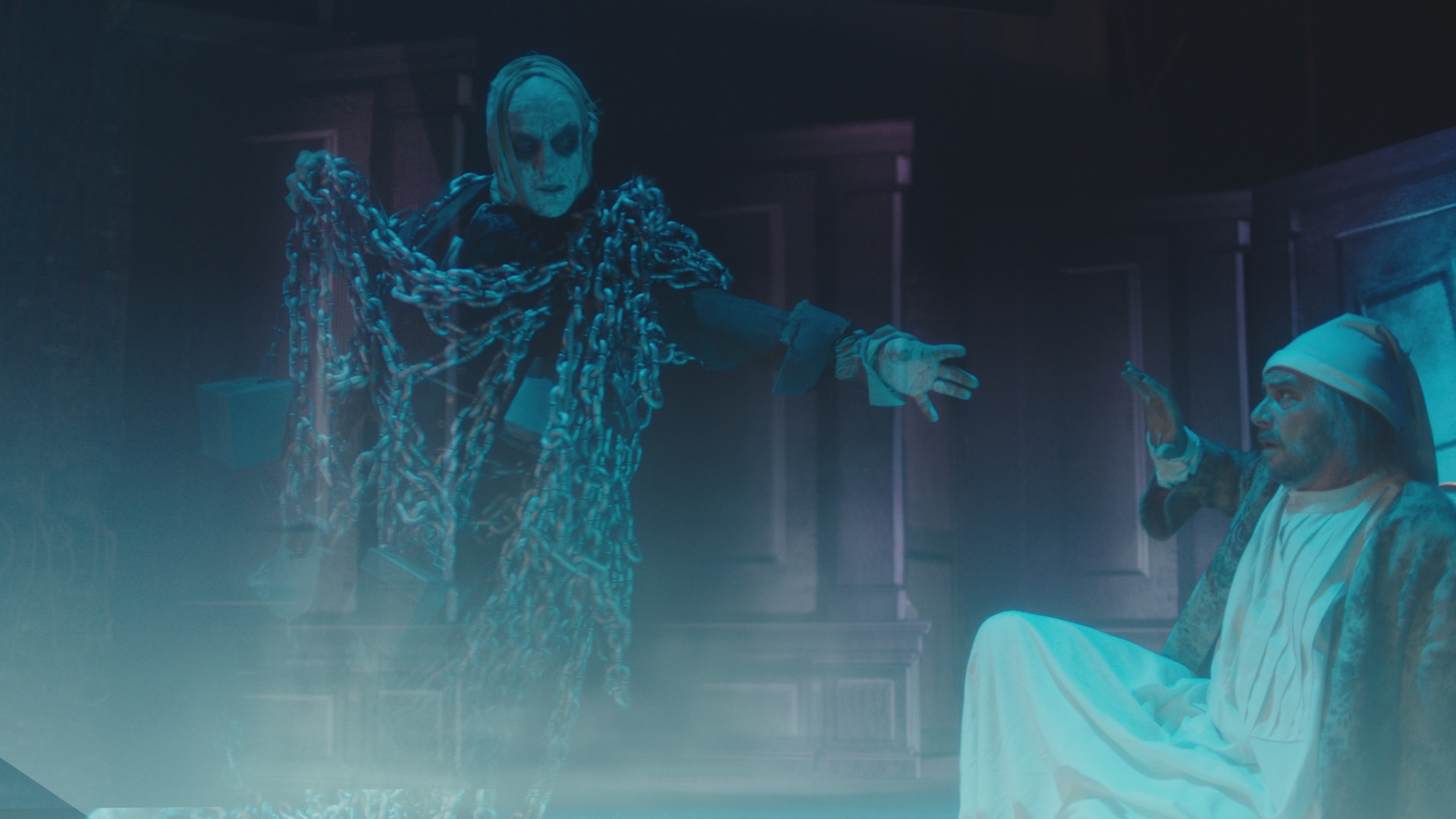 London, UK, 15 October, 2020 (October 15, 2020) – A Christmas Carol, a brand new retelling of the classic family Christmas tale, will be coming to both cinemas and select theatres nationwide from November 20th, as Scrooge looks to help save Christmas.

A Christmas Carol follows a Victorian family as they prepare a toy-theatre for their annual performance of A Christmas Carol. The audience enters the imagination of one of the children and quickly the cardboard stage transforms to reveal a magical world containing real dancers and stylised sets.  The tale unfolds on screen in a rich tapestry of highly absorbing, haunting and theatrical drama with characters portrayed by dancers and voiced by an eclectic cast of incredible actors. The mix of danced action and spoken narration brings a completely new and exciting dimension to Dickens’ characters whilst remaining true to the beauty of his original narrative.

Behind A Christmas Carol are two of the most exciting and creative British filmmakers today. Sibling directors Jacqui Morris and David Morris first shot to prominence with their 2013 debut, the double BAFTA nominated McCullin. Their Grierson award winning film Attacking the Devil followed in 2016, highlighting the ground-breaking investigative work of the late Sir Harold Evans during the thalidomide scandal. Their third film, Nureyev, lifted the curtain on one of the world’s most iconic ballet dancers.

With pantomime season all but cancelled, the dual approach to release is to support both cinema and theatre industries during a time of financial hardship generated by the Coronavirus pandemic.

“My career started with working backstage in the theatre. Theatre continues to inspire and influence my work as a filmmaker today and I have been devastated by the current situation theatres face. Our version of A Christmas Carol offers an immersive, theatre-like experience for families both in cinema and theatres, will delight to those missing out on live dance and pantomime this festive season. I am thrilled to offer theatres a chance to screen the film to help raise funds and keep doors ajar until patrons can return in full capacity”, said Director and Producer Jacqui Morris.

“As families have bonded and are staying closely-knit during the pandemic, and although streaming platforms have been great through lockdown, now’s the time for families to get lost in an immersive film in a way that only cinema can provide.  This is what cinema is best at and I think Dickens’ simple and moving tale of redemption and the power of giving will particularly resonate this year”, she added.

Choreography is by Southbank award winner and Associate Artist of Sadlers Wells, Russell Maliphant. Design is by Darko Petrovic, famed for his unique blend of high artistry and diverse contemporary style and the Score is by Tony Award Nominee, Alex Baranowski.

Audiences will be able to catch A Christmas Carol in cinemas and select theatre venues nationwide from November 20th.

Dame Sian Philips as The Narrator