Before 2019 vanishes in the rearview mirror, let’s take a last look at who was king and queen of the multiplex over the past 12 months, as well as who ended up in the bin with the popcorn sweepings. Remember, hindsight is 2020 and as the investment warning goes, “past performance is no guarantee of future results.”

Disney – There isn’t much that hasn’t already been said about the reign of the Mouse House in 2019 with the top film releases all from the stable of Disney companies, a staggering 38% market share of the North American box office and seven titles that crossed a billion dollars in the global cinema market. The studio had the biggest film of all time with “Avengers: Endgame” earning USD $2.8 billion and de-throning “Avatar.” What is perhaps significant is that the studio achieved this without much help from the newly acquired 20th Century Fox, which pulled in only about half a billion dollars to Disney’s total come of USD $13 billion. Oh, and it launched a streaming service (Disney+) with a certifiable hit (“The Mandalorian”), a feat that eluded the likes of Apple TV.

Disney has inevitably caught a lot of slack for its dominance, including Martin Scorsese revealing himself as no fan of Marvel. But as Matthew Ball, former Head of Strategy of Amazon Studios, pointed out in a tweet, “Disney isn’t a monopoly. Its competitors just need to do better.” With no “Star Wars,” “Avatar” or Pixar franchises in 2020, this will be the year for other studios to prove that they can.

Cineworld – Having sealed its acquisition of Regal in 2018, the global cinema major pulled off an end-of-year stunner by announcing that it was buying Canada’s Cineplex. The move will make it the largest cinema operator in North America, even if it is still smaller than the combined Wanda-AMC. Led by ‘Mooky’ Greidinger the exhibitor, which includes cinemas in Central and Eastern Europe as well as Israel and Picturehouse chain in the United Kingdom, took an early hard stand against Netflix’s attempt to shrink the window of theatrical releases, going so far as to cancel its co-operation with BAFTA in the fall-out from “Roma.” Having been challenged by short-sellers, Cineworld doubled down on Unlimited, investing in new technologies, particularly 4DX and ScreenX, as well as opening and refurbishing plenty of multiplexes.

Everyman – Opening its 32nd site in 2019 (Wokingham), the UK-based boutique cinema has become the by-word for how to perfect premium cinema. While CEO Crispin Lilly is no fan of the term ‘premium’, it is clear that cinema operators from around the world are travelling to the UK to learn how to make audiences pay for comfy couple sofas (no recliners) and a whole bottle of wine with their snacks for the latest blockbuster. Yet the genius of Crispin & Co. is not simply the interior design or the hot food menu, but the attention to detail and particularly service and staffing. With the first international site opening in Dublin this year, the question is not what the limits are to Everyman’s potential but whether it will be acquired before it goes truly global.

Chinese Domestic Films – With China’s box office managing a slight growth in 2019, the days of double-digit growth may be behind it, but it is clear that it is achieving success on its own and not Hollywood’s terms. With the exception of “Avengers: Endgame” and the latest “Fast & Furious” instalment there was no Hollywood film in the Top 10 for 2019. Instead it was domestically produced blockbusters such as a “The Wandering Earth” and “Ne Zha.” What is particularly interesting about these films is that they represent genres that have traditionally not been big hits for Chinese films; science fiction and animation, respectively. This points to a new-found maturity for the domestic production sector even as it continues to grapple with issues ranging from censorship to share price manipulation. (It is also no coincidence that Disney has high hopes for its live-action “Mulan” being its strongest card in mainland China in 2020.)

Netflix – While not having won the coveted Best Picture Oscar for “Roma,” nor having killed off theatrical exhibition, Netflix continues to dominate the discussion around release windows. It was helped with its USD $160 million gamble of Martin Scorsese’s “The Irishman” paying off in terms of critical plaudits and consumer interest. It is also has other strong contenders for the upcoming Oscars in the form of “Marriage Story” and also “The Two Popes.” Netflix is not yet feeling the heat from Disney+ in terms of subscribers deserting one streaming platform for another, though this too could change in 2020. 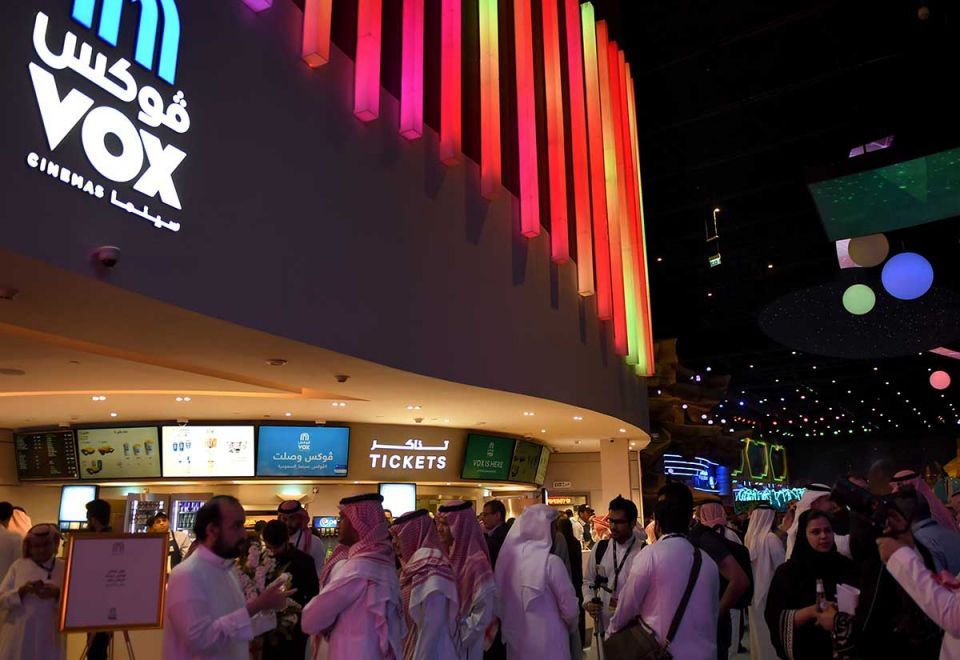 Majid Al Futtaim’s Vox: There was only one exhibitor that made meaningful inroads into the Kingdom of Saudi Arabia in the past year and it was Vox. While the likes of AMC, Empire and Muvi were still getting out of the starting blocks, Vox was doing victory laps around the shopping malls where its multiplexes opened to great fanfare. The competition will heat up in 2020, but for now the Saudi Kingdom only has one undisputed cinema King.

Barco/Cinionic: With the cinema industry finally having figured out the difference between Barco and Cinionic (we think), it was a banner year for both companies. Cinionic signed major deals with the likes of Cinemark, Les Cinemas Gaumonth Pathe, National Amusements, Omniplex, Cineplexx, Cineworld and Muvi. With its fourth generation laser, Barco seems to he re-captured the momentum that had been previously lost to NEC’s blue phosphor lasers. Barco also formed an LED partnership with China’s Unilumin (but isn’t talking about it) and is touting its green credentials. And in a Christmas ‘coup’ Cinionic even poached industry veteran Oliver Pasch from Sony.

Cinema advertising: What is the cinema advertising medium that has seen the strongest growth in recent year’s after on-line. With print seemingly moribund and Millennials switching off from linear television in favour of streaming, it seems that even radio and out of home cannot offer the advantages that cinema advertising does in terms of serving up a captive audience with significant spending power. It also helps that major brands and agencies are keen to associate their offerings with premium ‘product’ such as “Avengers” or “James Bond.” Expect the growth to continue in 2020 and beyond.

Premium – Whether IMAX, 4DX, recliners or dine-in it seems that all exhibitors are pivoting to ‘premium’. Given that attendance has seemingly plateaued in most western markets this is an understandable strategy for getting more revenue out of each cinema goer. But it is also an important strategy for differentiating the big screen offering from the Netflix/sofa trap at home. Expect this trend to grow and grow in 2020. 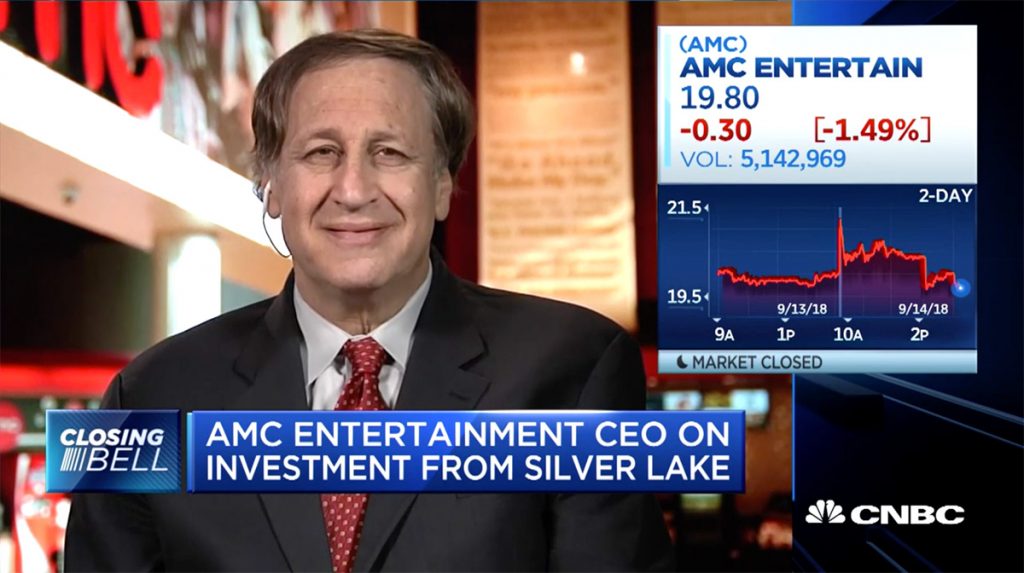 AMC – At the start of 2019 AMC’s share price was USD $12.89 but by the time the year wrapped it was down to USD $7.38. More troubling is that AMC’s shares have underperformed the S&P 500 index since their debut in December 2013. AMC says that its shares are under-valued and blame changes in accounting rules (financing and capital lease obligations) for how analysts value the company and its debt. But not only is parent company Wanda un-impressed, Silver Lake Investment which put USD $600 million into AMC in 2018 must be having second thoughts about its stake. AMC is touting the success of its AMC Stubbs subscription program and has been making progress with its Odeon refurbishment programme in the UK. Yet if the shares do not show signs of improving, particularly against a combined Regal+Cineplex, CEO Adam Aron could be parting ways with AMC before the end of the year.

HFR – Ang Lee’s “Gemini Man” was met with only marginally less indifference than “Billy Lynn’s Long Half-Time Walk,” seemingly confining high frame rate (HFR) to the popcorn dustbin of cinema technology. While audiences in China paid a premium to see the film in the Christie-backed Cinity premium 4K, 3D, 120fps super-bright format, it was followed by the distinctly un-HFR “Downton Abbey.” “Gemini Man” also didn’t have an HFR release in any significant number of cinemas outside of China. The next film to be released in HFR in China’s Cinity network is “Leap,” a biopic about China women’s national volleyball team’s 40 years history. Don’t expect it to spark an HFR craze. The new buzz word is VFR – variable frame rate, with “Avatar II” a potential candidate. 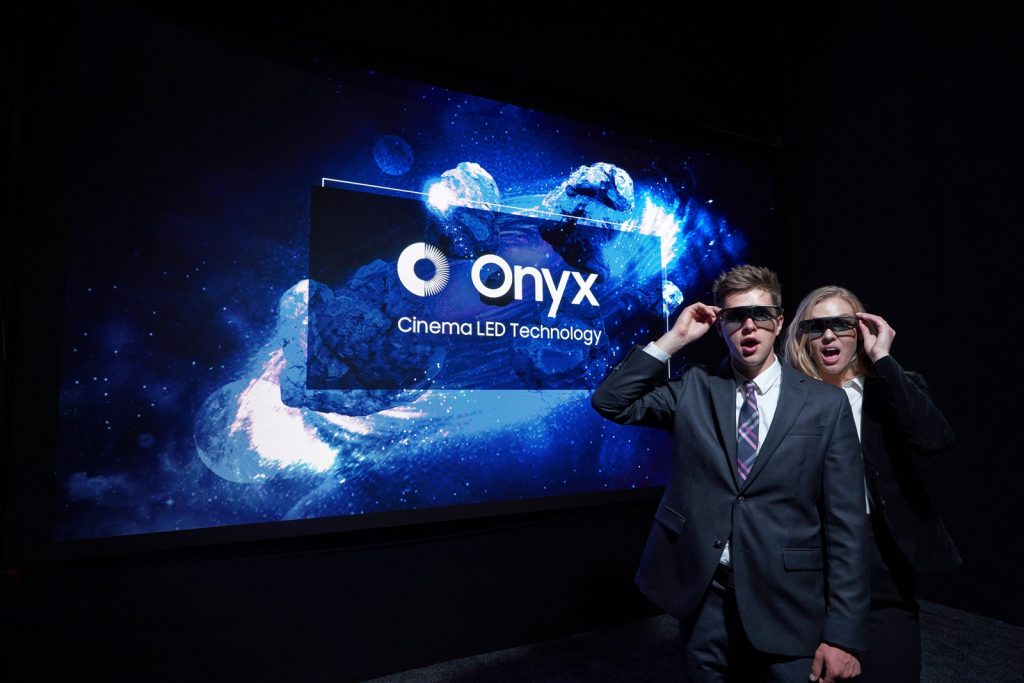 Samsung’s Onyx LED: The so-called ‘future of cinema’ is a long time coming. The technology is plagued by the same issues that beset the early digital cinema industry: shortage of content and high equipment cost. Only this time there is no VPF that will pay for installation and there won’t be a 3D up-charge incentive for cinemas to embrace it. Samsung has recently pivoted to targeting the Onyx LED at dine-in theatres, where it will help you see what’s on your plate. This is unlikely to make a major difference before rivals like LG and Barco start offering their own LED cinema screens. Anyone who sees it at its best (that includes sound) tends to be impressed, but the fact remains that it installed the same number of screens in a year that Barco does in a week. Time will tell if these are just growing pains.

CineAsia attendees: After multiple press releases and verbal assurances that CineAsia was going ahead and that everything was fine in Hong Kong, the organisers’ hand were forced by the situation on the ground at the 11th hour and the whole thing was called off.  Too late though for many to cancel their flights and hotel bookings. Look out for 2020 being the year CineAsia moves to Singapore.

Cats: The less said about this hairball of a film the better. Nobody will be doing all-singing, all-furry CGI musicals for a while.