SMPTE 2019 Tech Conference Was Out of This World

In case you haven’t been to a SMPTE Technical Conference, don’t expect a CinemaCon-style large central trade show dispensing various new flavors of soft drinks with this years hip version of molded sugar treats. There aren’t even presentations of laser light engine projectors, each one upping the other on sustainability and lifelong brilliance to the screen with a side note of pathway to the future.

In fact, there were two large laser projectors at the 2019 SMPTE Technical Conference, which took place from October 21st through October 24th earlier this year; one in each of the two makeshift auditoriums at the downtown Los Angeles Bonaventure Hotel. One of them had the highlight honor of presenting a live image feed from the International Space Shuttle, with a real-time interview with three astronauts Christina Koch, Jessica Meir and Andrew Morgan …indeed, Koch and Meir being the very same people who were interviewed live while spacewalking together 350 kilometers above the earth only one week ago…and this time being interviewed in front of the SMPTE audience by NASA Imagery Expert Rodney Grubbs and the ISS Communication Manager Dylan Mathis onstage. 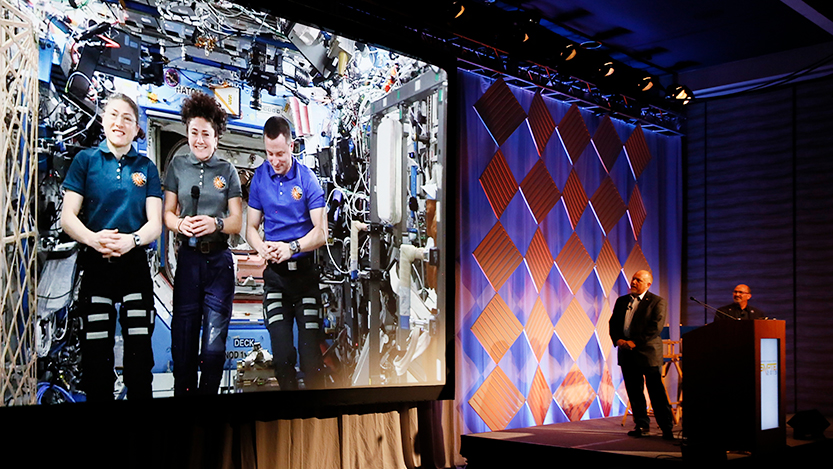 The extra-terrestrial conversation can be watched online at: NASA & AWS Collaborate on Proof-of-Concept Live-From-Space Streaming Workflow. It was the highlight of a spectacular closing day that included explanations about the complications of Space to Earth pictures and data, its storage and presentation, as well as a presentation that delved into the creation/restoration of the Apollo 11 Mission 50th Anniversary movie “Imaging Among the Stars: The Moon, Mars, Deep Space, and Home Again”. All this wrapping up the four day tech conference.

[Before moving on, we can sometimes be glib about the technology we have watched mature, plus, we’ve seen variations and extrapolations so often in the movies. Something so ‘simple’ as clicking on a link to watch breakthrough technology creating a live broadcast from space may seem not worth the effort. In the Q&A section, Tom Scott – who received Oscars for “The Right Stuff” and “Amadeus” and has been on live productions for decades – made this point before asking for some of the details of this evocative piece.]

Book ending from the front of this 2019 Conference was the Hollywood Post Alliance Women in Technology Luncheon presentation of one of the industry’s founding hyphenates. Alice Guy-Blaché was a producer, director and writer, as well as a studio owner, working first in France at the turn of the 20th Century, then in her studio on the east coast of the United States and finally at her studio in Hollywood. Unfortunately, Alice is no longer with us to tell her story. Instead, we got the story from the director, writer and producer Pamala Green (using her own credit cards as well as Kickstarter and big donation campaigns) who wove her presentation from her perspective the documentary “Be Natural: The Untold Story of Alice Guy-Blaché.” Moderator Loren Nielson coordinated and enthusiastically drove the story with questions for the 100+ person group. If you haven’t shown this doc in your cinema, arrange for it now. 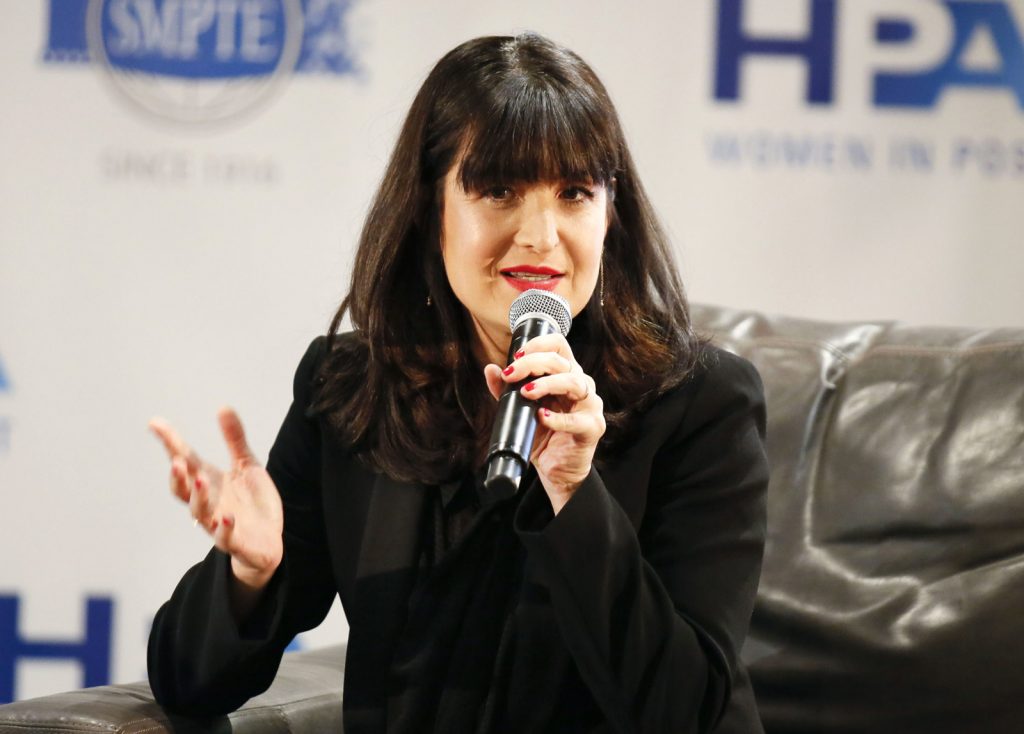 In keeping with the stripped-to-its-essence motif of SMPTE, the story of both artistes Alice Guy-Blaché and Pamala Green was like watching the movie “Hugo” (about early film producer-director Georges Méliès) though without the Howard Shore score and 170 million dollar budget. The clips we watched of this early pioneer’s work was no less compelling for anyone who needs to show the early history of cinema, or how the struggle for presenting a female narrative to now classic stories is important. It was amazing to hear the backstory of her attending the first of the Lumière brothers early public showings of the first film projectors – her as the secretary of also legendary engineer-turned-inventor Léon Gaumont (who developed the first film studio in 1895,) and the hundreds upon hundreds of movies that Guy-Blaché made.

You can watch or pick up “Be Natural” at all the usual places, including at this link which helps support Celluloid Junkie. 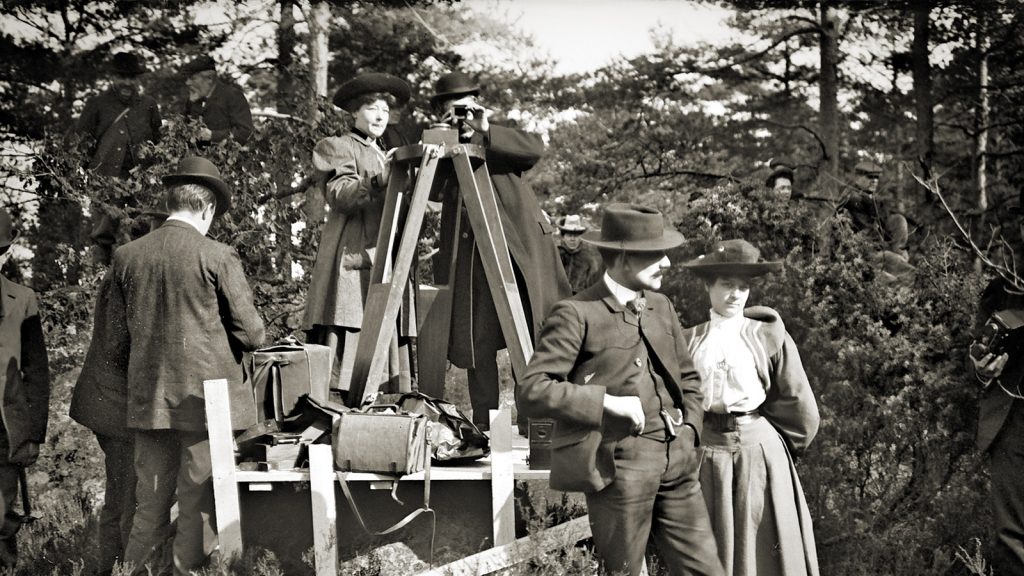 A photograph of Alice Guy-Blaché, a producer, director and writer, as well as a studio owner, working first in France at the turn of the 20th Century, and then the United States. (Source: Zeitgeist Films)

Striped-to-its-essence is the untold part of a SMPTE Conference. Many – nearly all – of the 70 presentations speak to minute details of an extremely particular nuance of high quality picture and sound; the details dealing with transferring bits in the processing stream, even dealing with digital noise during transfers. This is the case because the conference presentations deal with minute threads of the tapestry that we see and hear during production/post-production/transmission/exhibition, and also because the quick 30 minute presentations are used to describe an associated 20 or 30 page research paper.

For example, François Helt flew over from France with CST R&D Research Chief, Hans-Nikolas Locher, to talk about a paper they have written concerning Uniformity Measurement for French Cinema. As everyone in cinema exhibition are aware, such an elemental act of putting light uniformly on the screen is incredibly sensitive to so many parts of the chain from the light source and actions, through the optics and DLP or LCOS chips and the choice and placement of the lens, choice, placement and cleanliness of the port glass, as well as the quality and upkeep of the air filtering and screen. This presentation delved into a new method for measuring the light during set-up and maintenance checks.

The CST (Commission Supérieure Technique de L’Image et du Son) is a unique organization on the planet, designed to quantify, advise and enforce the rules for design and implementation of cinema auditorium and equipment chain. They are authorized to do this by the group The Centre national du cinéma et de l’image animée, more simply called the CNC, an agency of the French Ministry of Culture. Some in the United States would say that their power to control a cinema is an affront to freedom, while from their perspective it is an attempt to prevent fraud – if a facility is licensed to show cinema to the public, then it should follow the rules or not fool the public. They harmonize specifications starting with the international rules set by the ISO, largely set through SMPTE, which is termed a Secretariat for the ISO Technical Committee on Cinematography, similar to many groups we are familiar with such as the IEEE and ANSI and NIST.

The day after their presentation, Helt and Locher also attended the SMPTE 20F Committee meeting which discussed the luminance topic as part of its work to develop a future standard – On-Screen Light Measurement. There they met with (among others) Brian Vessa, the audio mastering Chief at Sony Pictures as well as this years Technical Chair for DCI, and Neil Shaw, an auditorium consultant in architecture who had earlier in the week given a presentation concerning the effect of room design on audio characteristics in an auditorium. That topic is a part of the new SMPTE 25CSS dealing with Cinema B-Chain Characteristics and Expectations. 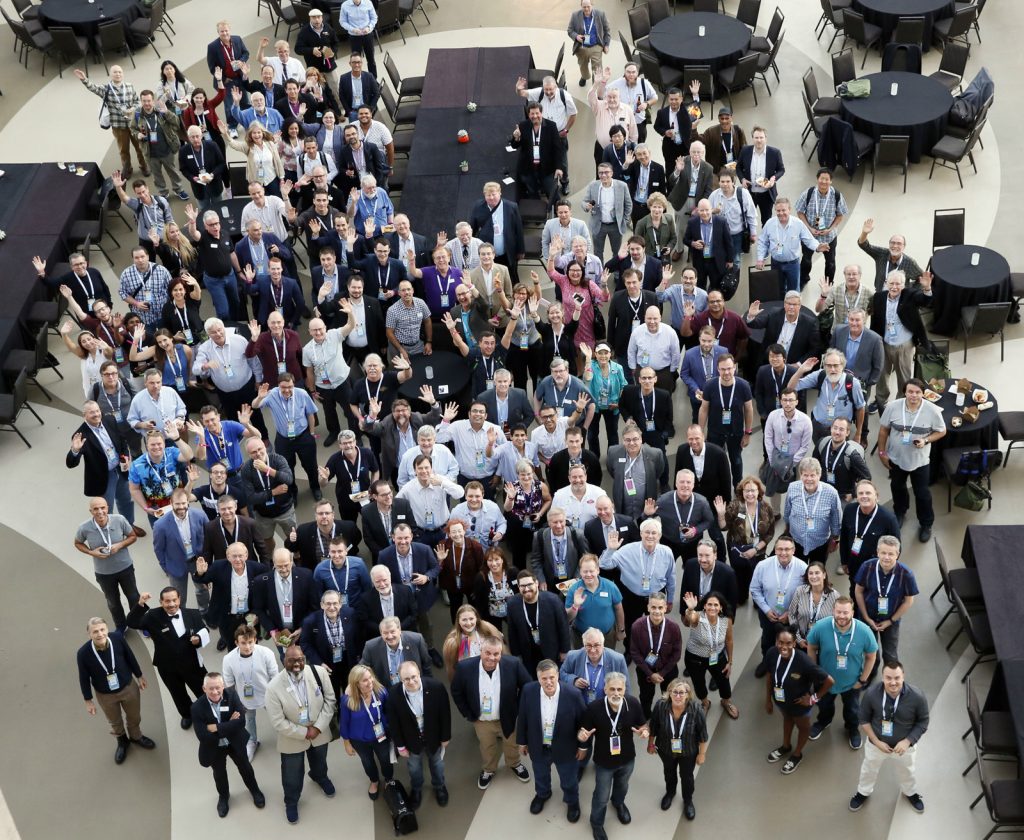 If your group deals with audio in some way and you have a tech who can contribute, please authorize them to join the SMPTE committee process and spend some time organizing these details.

And that is the way it is with SMPTE. Individuals who volunteer their time, some sponsored by their companies, but all responsible for other tasks to keep their organizations running. It is sometimes hip to natter about how the standards and engineering guidelines take a long time to get done, but not only is there a lot of nuance in developing a standard that can be used worldwide with the equipment of dozens of manufacturers, without stifling progress while aligning the mutually beneficial details that allow for exchange across platforms.

The Conference wasn’t all science geeky. Mr. Vessa also brought three sound design artists onstage for a terrific behind-the-scenes interview. Randy Thom (whose work reaches from “Apocalypse Now” and “The Empire Strikes Back” to “The Revenant” and four movies we’ll see in the next six months), Paula Fairfield (“Game of Thrones” plus a long list of other TV work), and Mark Mangini (“Blade Runner 2049,” “Mad Max: Fury Road” and a long list of movies) exchanged stories about searches for texture and stories of working with different directors and in Fairfield’s case, how working on multi-year projects elicit ideas that don’t manifest for many seasons but perhaps need to be gradiently accommodated for.

Going back to the projection of the astronauts, this year’s presentation was a new proof-of-concept workflow expanding “…on the workflow NASA and AWS co-produced in 2017 to enable the first-ever live 4K UHD stream from space, moving even more of it into the cloud including the first use of cloud resources for data storage and video origination for streaming from space. Due to the impact of space radiation on the camera used to source the 4K signal from the ISS for the 2017 live event, [this test] used an HD camera on Station to source the live signal. The in-house AV team during SMPTE 2019 ran HDMI to the projector. AWS Elemental Live encoded the mezzanine contribution to LA, and encoded the produced show which was made available as a live stream.”

Which brings up tangential feature of conferences – there is a lot of information that does not come from an exhibition booth or tech presentation. As so often happens, one runs into someone and, after the politeness pleasantries, one finds out that the other person has been involved in a project that could change everything. Because (as the author carefully points out so as not to seem to be spoiling the water in the pool) non-cinema presentations – Alternative Content and Live Event Cinema – are typically sent by cable or satellite and presented onscreen as digital broadcast quality through an HDMI cable in the 709 color space instead of the cinema quality P3…and the stream is often interlaced 1080p expanded to the cinema minimum standard of progressive 2K. For 12 points and a beer with the editors, explain in a few words why that is non-optimal in the comments below. 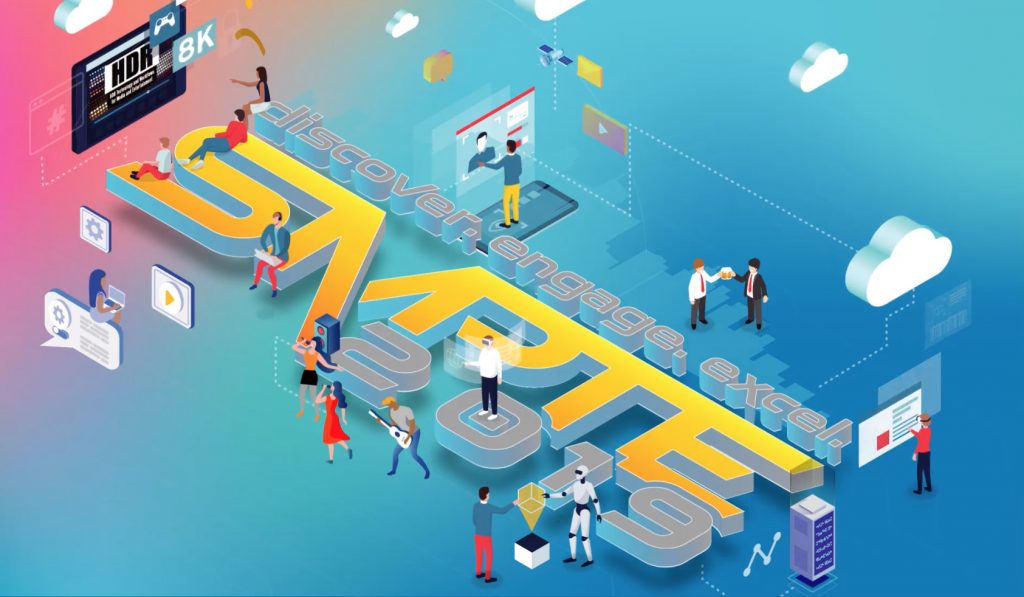 Ron Williams, CEO of Landmark Color, detailed how YouTube supported access to nine sets of ARRI Cinematic Multicam equipment and the talents of nine directors of photography, plus a container of equipment next to one of the stages at the Coachella Music and Arts Festival and a feed to YouTube. The result was a live streaming feed with the quality that we see on our iPad …and coincidently, what is seen on a cinema screen…that looks like a cinematic music video instead of a football match on the TV. (Unfortunately, at the time, YouTube only had 1080P, but now the streaming video giant has expanded to 4K capabilities.)

Imagine getting quality like this into the cinema. …on a screen that was properly set up as described in the standards.

In addition to the television and post-centric equipment, many of the booths at the conference dealt with quality assurance and control, notably some of the work at NHK for the 8K images that will flow for the Olympics in 2020, and Stanford Research’s Sarnoff division’s amazing patterns.

Which is the real difference between a SMPTE Tech Conference and the wonderful experiences at CinemaCon and CineEurope where today and near-today products are shown to the industry. From the Early Career Track discussions with Steve Wozniak to the Movielabs Conference Keynote giving a 10 years’ out view to the live test audio and picture presentations preparing for use on walks on earth’s moon in 2023, SMPTE in general and SMPTE Tech Conference 2019 was a package delivered for the future.

Good luck to us all.